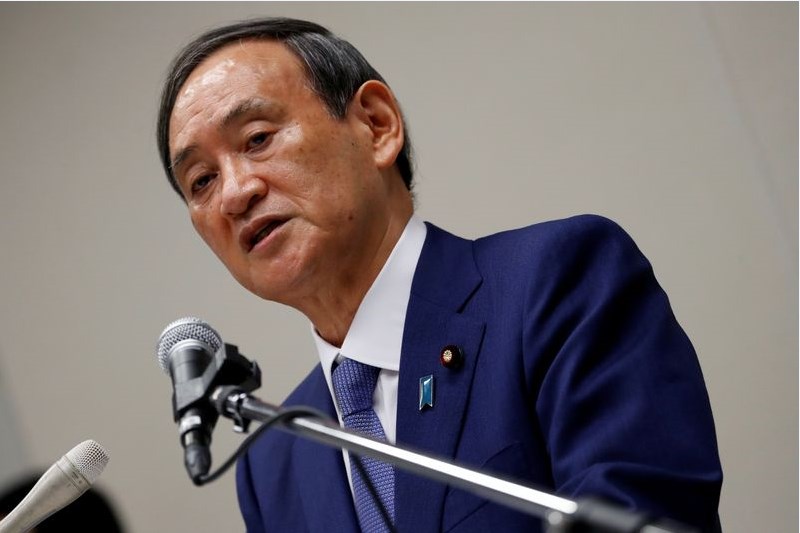 Investing.com — The U.S. employment report is due at 8.30 AM ET (1230 GMT), and could cement expectations of a delayed withdrawal from pandemic-era monetary stimulus measures by the Federal Reserve. Hurricane Ida leaves a trail of death and destruction across the north-east, and is also still causing problems for oil companies in the Gulf of Mexico. Japan’s Prime Minister Yoshihide Suga steps down after failing to control the latest wave of Covid-19, the country’s worst yet. Here’s what you need to know in financial markets on Friday. 3rd September.

1. Jobs report to hint at Fed’s course of action

The Department of Labor will release official employment data for August, two days after a survey of private hiring by ADP suggested a loss of momentum in hiring as the latest wave of Covid-19 swept the U.S.

The consensus forecast is for a gain of 750,000 jobs through the middle of last month, a slowdown from the last two months, but still a sign of substantial progress in the recovery.

Whether that is enough to prompt a reduction in bond purchases at the Federal Reserve’s September will be the key question afterward.

At least 45 people died as Hurricane Ida raged across the north-eastern U.S.  Most fatalities were of people being trapped in cars that were overcome by floodwaters.

The disruption from flooding, power outages and severe rainfall affected some 60 million people across the region, something that is likely to be reflected in high-frequency economic data for series such as retail sales and production over the coming weeks.

Fitch Ratings has estimated the total insurable losses at as much as $25 billion, which would compound the problems for an insurance industry already reeling from Storm Uri, which hit Texas and the South this winter.

U.S. stock markets drifted higher in premarket, but moves and volume are likely to stay insignificant until the jobs report.

Stocks likely to be in focus later include Virgin Galactic, whose flights have been grounded by U.S. regulators pending an investigation into allegations that its pilots ignored safety alarms during the much-publicized flight of founder Richard Branson and a handful of others earlier in the summer.

Other stocks in the news include Broadcom (NASDAQ:), which reported stronger than expected earnings after the close on Thursday, and DocuSign (NASDAQ:), whose pandemic-fueled growth appears to be slowing.

The rose 2% but the yen stayed steady after Prime Minister Yoshihide Suga said he will step down.

Suga’s popularity had plummeted as his insistence on carrying out the Olympic Games was perceived to have fed a wave of Covid-19 that the government still hasn’t brought under control. While the infection incidence appears to have peaked a week ago, it remains at nearly three times the rate of previous waves.

Suga’s departure was seen by some as heralding a new age of relative instability in Japanese politics, coming only a year after long-serving Prime Minister Shinzo Abe stepped down. The dollar was, however, flat against the yen at 109.20

prices rose above $70 as reports suggested that the disruption to the energy complex in the Gulf of Mexico may take longer to overcome than thought.

Some three-quarters of Gulf output remains shut in, due partly to damage at helipads that prevent the restaffing of drilling platforms. In addition, the power outages suffered across Louisiana continue to blight the state’s refineries.

Against that, there is the prospect of reduced demand across the north-east until life returns to normal in the wake of the flooding there.