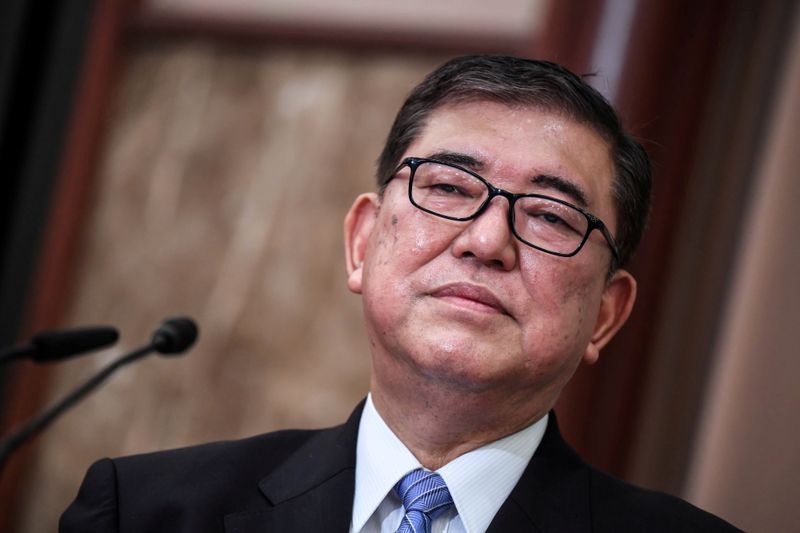 
TOKYO (Reuters) – Shigeru Ishiba, a top politician in Japan’s ruling party, has firmed up his intention not to stand in the race to replace the prime minister and is considering supporting Taro Kono, a Japanese daily reported on Tuesday.

The move could increase Kono’s chances of taking over from prime minister Yoshihide Suga as head of the Liberal Democratic Party (LDP) as Ishiba is well liked by rank-and-file party members. The head of the LDP is virtually guaranteed the premiership due to the party’s majority in parliament.

The popular Kono, currently the minister in charge of Japan’s vaccination drive, is considered a leading contender to replace Suga after a surprise announcement this month that he would not seek to stay on in the post.

While only lawmakers and grassroots party members can vote on the party leadership, popularity with the general public counts as the winner will lead the LDP into a general election later this year.

Ishiba, a former defence minister, will convey his decision to members of his political faction on Wednesday, the Yomiuri daily reported. The vote will be held on Sept. 29.

Kono regularly tops public opinion polls on who should succeed Suga. In a poll by the Asahi daily at the weekend, he was chosen by 33% of respondents, while 16% chose Ishiba and 14% Kishida.