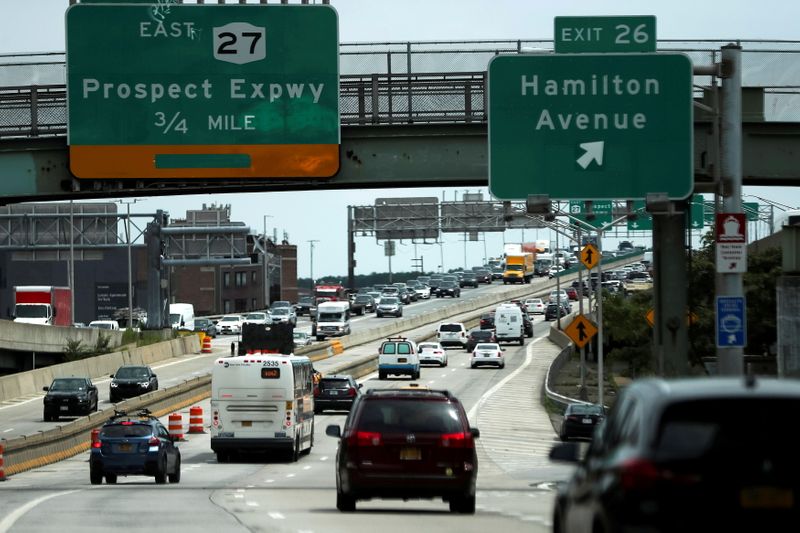 © Reuters. FILE PHOTO: Traffic is seen on a highway ahead of the July 4th holiday, in New York, U.S., July 2, 2021. REUTERS/Eduardo Munoz


WASHINGTON (Reuters) – The $1 trillion bipartisan infrastructure bill being debated in the U.S. Senate would increase federal budget deficits by $256.1 billion over 10 years, the Congressional Budget Office said on Thursday, leaving the measure well short of calls by some lawmakers that it be fully paid for.

The long-awaited CBO cost estimate, which could influence support in the evenly divided Senate, found that the Infrastructure Investment and Jobs Act would increase discretionary spending by $415.5 billion and increase revenues by $49.7 billion, compared to the baseline of existing laws. It also would decrease direct spending by $109.6 billion compared to that baseline, CBO said.