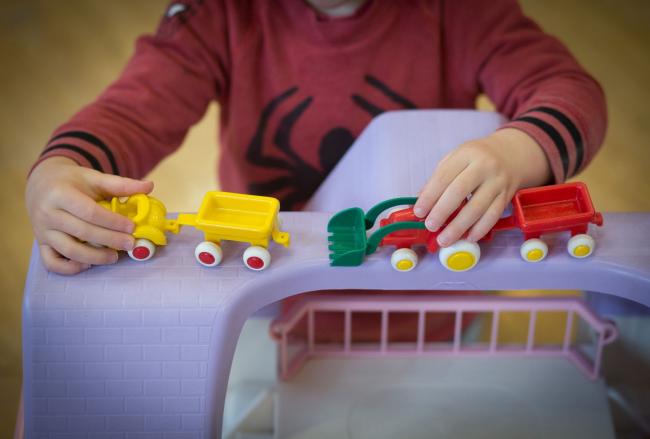 © Bloomberg. RADSTOCK, UNITED KINGDOM – JANUARY 06: A young boy plays with toys at a playgroup for pre-school aged children in Chilcompton near Radstock on January 6, 2015 in Somerset, England. Along with the health and the economy, education and childcare are to be key issues in the forthcoming election.


(Bloomberg) — The U.S. child-care system fails to adequately serve many families due to insufficient supply and high cost, holding back parents’ ability to contribute to the economy, according to a new report from the U.S. Treasury Department.

One reason the current child-care system is “unworkable” is because parents of young children are asked to pay for care when they can least afford it — they are often earlier in their careers and still paying major expenses like mortgages and student loans, the report said. High-quality child care results in lasting positive impacts on people’s lives, furthering the importance of improving the system, according to the Treasury report released Wednesday.

Those factors suggest that child care is a sector that’s in need of the government support outlined in President Joe Biden’s economic agenda, which would make child care more affordable and provide access to high-quality child care for low- and middle-income children, including universal pre-K, the report said. The industry is marked by low wages, high employee turnover and “razor-thin profit margins,” Treasury said.

“It’s past time that we treat child care as what it is — an element whose contribution to economic growth is as essential as infrastructure or energy,” Treasury Secretary Janet Yellen said in a related news release.

Yellen and Vice President Kamala Harris will discuss the report further during an event hosted by the Treasury at 4 p.m. in Washington.

World leaders return to U.N. with focus on pandemic, climate By Reuters