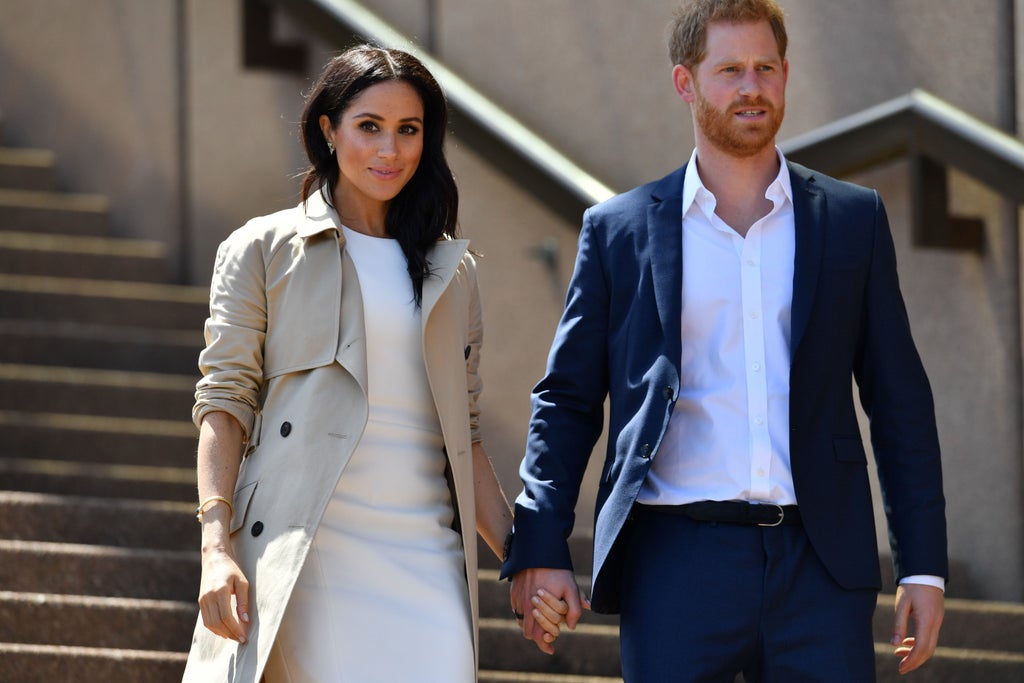 Prince Harry and his family are returning to Britain in the coming days for the christening of his newborn daughter Lilibet Diana, according to sources. In this way, Prince Harry is sort of like lockdowns: just when you think you’ve seen the last of him, there are rumours of his return. It won’t be exactly the same as last time Harry stepped on British shores, however. This time, Meghan will be joining her husband, which would mark the first time she’s meeting her in-laws since her explosive interview with Oprah in March.

Given her lucrative Netflix deal, the in-laws could be forgiven for feeling a little nervous. What if this christening doubles up as an intelligence-gathering mission for her Netflix original series Royals: A Tale Of Some Boring White People And The Inequality They (Un)intentionally Perpetuate? Personally, however, I don’t think they need to be worried: Meghan probably won’t want to rock any more boats. She may, however, end up in another “who made the other cry” spat with Kate Middleton; presumably, once Meghan tells Lilibet and Archie that their aunt and uncle don’t have their own deals with Netflix and Spotify, the poor kiddos will be in floods of tears.

I imagine Will and Kate actually have something similar up their sleeves, though. In contrast to Harry going all-American with his US bride, the heir to the throne and his wife may end up pursuing their own, very British, media deals: Prince George could appear on Channel 4’s Gogglebox, for instance, and Princess Charlotte could become a regular panelist on the nightly press preview on GB News. And should Andrew Neil actually step down from the chairman position at GB News as rumours suggest, he could be replaced full-time by three-year-old Prince Louis. Come to think of it, having programming decisions made by a three-year old could actually improve ratings at the fledgling news station.

To defuse the well-documented tension between Harry and his family, I expect Meghan will be showing up with an assortment of thoughtful gifts. Prince Charles will be given a map of HS2, which is the perfect analogy for his ascension to the throne: it’s been talked about for a very long time, but it’s probably never going to happen. And the Queen will be gifted the Declaration of Independence, as it’s an important piece of history belonging to a country which fought to separate itself from British colonialism, and everyone knows Liz loves those kinds of trinkets.

Once he returns to the UK, Harry will be keen to show his family how busy he is in a bid to demonstrate a concept which is foreign to the royals: working. No doubt he will be keen to tell his inspirational story to members of his family so they, too, can pull themselves up by their bootstraps by accepting huge amounts of taxpayer money after being brought up in a palace and then making millions through Hollywood connections and name recognition. If a simple lad with barely an A Level to his name can do it, then I don’t know what those kids living in poverty in Blackpool are complaining about. And they say we need a benefits system!

But what does Harry’s return mean for the rest of Britain? No doubt it affects Meghan’s former friend Piers Morgan more than anyone else; he’s a sensitive soul, after all. Sources have claimed that Morgan is so irked by the trip that he plans to walk off the island and straight into the English Channel in protest, where he will be denied rescue because of Brexit: French emergency services no longer help Britons and neither do British emergency services because the Tories defunded them. Turns out the £350m per week that the Brexit campaign promised for the NHS went to a fancy new press briefing room and hairspray for Boris instead. But at least Piers gets to be the centre of attention again, which is something I think we can all agree is good for Britain.

As for actual members of the UK government, they’ll probably treat Harry the way they treat Covid: by choosing to ignore him entirely then claiming credit when he flies away.

Everything To Know About The Next Movie – Hollywood Life