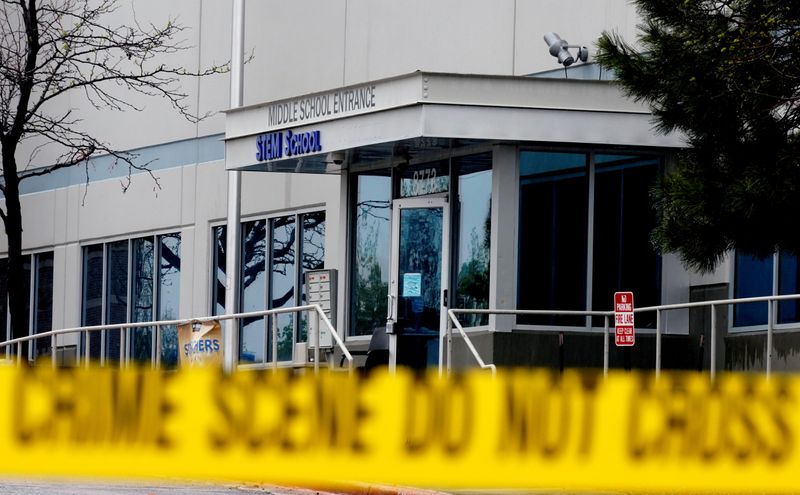 DENVER (Reuters) – A Colorado man convicted in June of murdering a classmate during a 2019 school shooting that wounded eight others was sentenced on Friday to life in prison without the possibility of parole.

Devon Erickson, 20, was also sentenced by a Douglas County District Court judge to an additional 1,282 years for attempted murder and other charges stemming from the 2019 shooting at the Science, Technology, Engineering and Math School in Highlands Ranch, Colorado.

Erickson was convicted of first-degree murder for fatally shooting Kendrick Castillo, 18, one of three students who rushed to intervene when he burst into a classroom wielding a handgun.

Fighting back sobs, Castillo’s mother, Maria, told the judge that the grief she feels for losing her only child was unbearable.

“Grant no mercy to this evil killer,” she told the judge.

Under Colorado law, a first-degree murder conviction carries an automatic life sentence without the possibility of parole.

Erickson, who was 18 at the time of the shootings, declined to speak at the sentencing, and Slade told him his lack of remorse throughout the proceedings compelled her to impose the additional years to his sentence.

“I haven’t seen and haven’t heard that you’ve accepted responsibility for this,” she told him.

McKinney, who is transgender, testified against Erickson at his trial, and was sentenced to life plus 38 years in prison.

Because McKinney was a juvenile at the time of the crime, he could be eligible to apply for parole after serving 40 years.