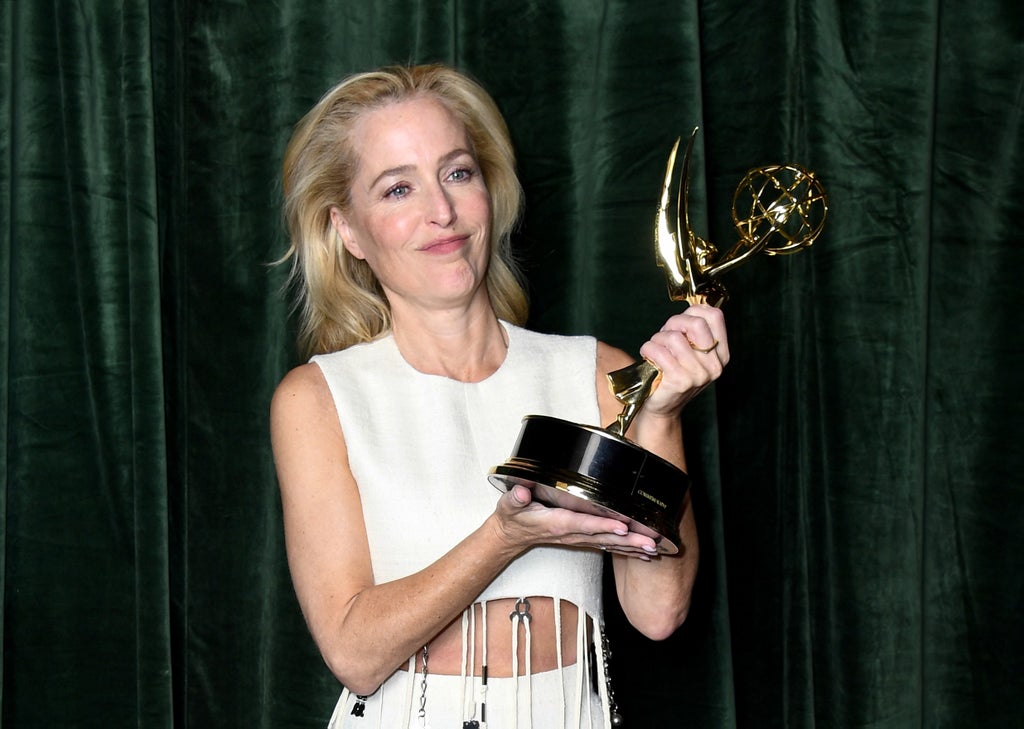 Gillian Anderson has been gifted a large penis cake to celebrate her recent Emmy win.

The star of Netflix comedy Sex Education was sent the well-endowed creation from fashion house Chloé, which presumably took inspiration from her sex therapist character on the hit show.

“Congrats on a BIG one!” reads the caption at the base of the risqué cake, which is signed “Gabi and the Chloé team”, referring to the brand’s creative director, Gabriela Hearst, who dressed Anderson for the awards ceremony.

The 53-year-old shared a snap of the x-rated cake on Instagram with the caption: “Let them eat cake! Thank you thank you thank you,” adding the hashtags #sizedoesmatter and #penisoftheyear.

The Fall actor took home her second statuette on Sunday for her performance as Margaret Thatcher in The Crown 24 years after her first win for the cult sci-fi series The X-Files.

The 53-year-old wore a simple cream silk two-piece gown at the ceremony, which was adorned by what appeared to be tiny silver penis charms around the waist.

Anderson sparked confusion after delivering her acceptance speech in an American accent, however.

In most of her public appearances in recent years, the star has spoken with an English accent.

However, the War and Peace actor is bidialectal, meaning that she switches between two dialects of the same language – in this instance, American and an “English” accent.

Anderson was born in Chicago, Illinois but was raised between Puerto Rico and London. She moved back to the US at age 11, and spent sufficient time both there and the UK to become accustomed to the two accents.

Anderson opened up about her accent in an interview last year, explaining: “It goes back and forth because I grew up in both places, so it depends on who I’m talking to.

“So usually when I’m talking to Brits, it slides into British, and vice versa for American.”

The actor admitted that the switch is sometimes “conscious” because she knows that “somebody will be thrown by it”.