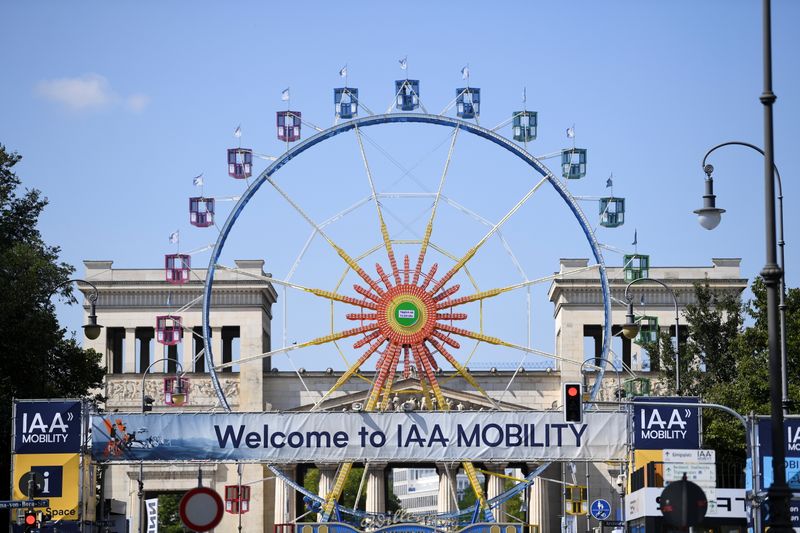 By Victoria Waldersee and Nick Carey

This year’s IAA (NYSE:) show, the first major motor industry event worldwide since the COVID-19 pandemic, wants to be about mobility in general, from bikes to e-scooters to cars.

“Climate-friendly engines, the digital connectivity of transport – that’s what this fair is about,” Hildegard Müller, president of industry association VDA, which organises the bi-annual show, said at a pre-event press conference last week. “The goal of climate protection is guiding us.”

The show, which has shifted this year from Frankfurt to Munich and is themed “Mobility of the Future”, is a far cry from its usual format showcasing the biggest and mightiest cars on the market. The pandemic and growing concern over climate change have cast an uncomfortable shadow over the event, already under pressure from waning attendance numbers in previous years – from 930,000 in 2015 to just 560,000 in 2019.

Indeed, many industry stalwarts have decided against showing up: Toyota, Jaguar’s Land Rover, Stellantis – including its German brand Opel – and Ferrari (NYSE:), to name a few.

Yet, as construction workers scrambled on Sunday to put up remaining exhibition booths ahead of the official opening on Tuesday, cars were clearly still the dominant feature. A lone CANYON e-bike tent was distinctly outnumbered by far larger, glitzier carmaker stands from Mercedes-Benz, Audi, MINI and others.

Activists and environmental groups, too, point out that for all the talk of mobility and diversified transport, automakers still make the vast majority of their money from fossil-fuel emitting SUV sales.

“Adding ‘mobility’ to the event’s name and pushing their e-models to the fore won’t do the trick as long as they keep selling primarily gas-guzzling combustion engines,” Marion Tiemann, transport expert for Greenpeace in Germany, said, branding the event a “greenwashing bonanza”.

Environmental groups including Friends of the Earth Germany and Greenpeace plan a major demonstration on Saturday against the greenwashing of the auto industry and for a faster shift to sustainable mobility. Activist organisation Sand im Getriebe (‘Sand in the Gears’), which smashed up 40 luxury vehicles at a dealership near Frankfurt before the last IAA in 2019, has promised “mass civil disobedience” at this year’s event.

Up to 4,500 police will be on site during the show which ends next Sunday, the biggest police presence for an event in Munich in 20 years.