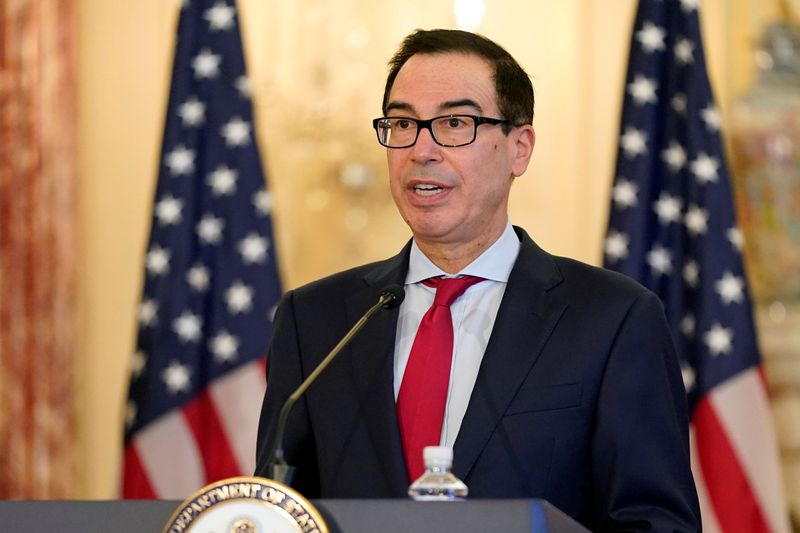 
(Reuters) – Steve Mnuchin, a former Goldman Sachs (NYSE:) executive who served as U.S. Treasury secretary during the Trump administration, has raised $2.5 billion at his private equity firm, according to a Bloomberg News report https://www.bloomberg.com/news/articles/2021-09-20/trump-treasury-secretary-steven-mnuchin-raises-2-5-billion-fund?sref=V7uxlNge on Monday.

Most of the money raised for Washington D.C.-based Liberty Strategic Capital came from sovereign wealth funds in the Middle East, including Saudi Arabia’s Public Investment Fund, the report added, citing people familiar with the matter.

Liberty Strategic, formed this year by Mnuchin, is focused on investing in technology, financial services, fintech companies and firms that are involved in creating new forms of content.

The private equity firm led a $275 million funding round in cybersecurity company Cybereason in July.

Mnuchin started hiring staff for an investment fund that would seek backing from Persian Gulf State funds, the Washington Post first reported in https://www.washingtonpost.com/business/2021/02/23/mnuchin-investment-fund-gulfFebruary, citing people familiar with the plans.

Prior to joining Trump’s administration, Mnuchin spent 17 years at Goldman Sachs before leaving in 2002, when he launched Dune Capital Management.

As a Hollywood financier, he also made investments in movies such as “Avatar”, “Mad Max: Fury Road” and “Suicide Squad”.