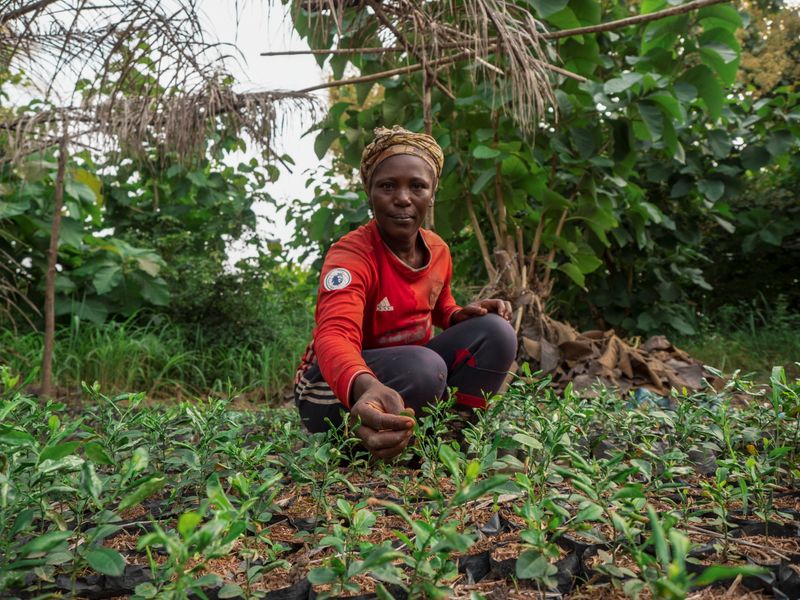 © Reuters. Amina Matobu shows trees that were purchased on Italy’s Treedom, an e-commerce platform on which customers pay for having trees planted around the world, that has investors including former Formula 1 champion Nico Rosberg and Agnelli’s family holding comp

FLORENCE (Reuters) – Former Formula One world champion Nico Rosberg and Agnelli family holding company Exor (OTC:) are among the new investors in Italy’s Treedom, an e-commerce platform on which customers pay for having trees planted around the world.

The company, founded in Florence in 2010, will receive 10 million euros ($12 million) of investment to develop its digital platform, launch new planting projects and open subsidiaries in Paris and Amsterdam later this year, it said on Tuesday.

The move comes ahead of the United Nations Climate Change Conference in Glasgow, known as COP26, in November which Italy is co-hosting with the UK.

The group of investors supporting the company is led by Italian asset manager Banca Generali (MI:), which put 3 million euros into it. Italian merchant bank DRV Capital and Exor will inject 2.7 million and 250,000 euros respectively.

Rosberg, who retired from racing in 2016 shortly after becoming world champion, has already invested in several start-up companies linked to sustainability including Lilium, which is developing all-electric small jets.

“When we met to seal the partnership, I told Nico imagine the impact we could have if every person or company in Europe gave a tree as a gift even once a year. This is our shared vision, to make the world greener one tree at a time,” said Treedom CEO Federico Garcea.

Through the Treedom platform individuals and companies pay to plant a tree in a chosen location and can follow it as it grows. The tree can be virtually gifted to others.

“It took 9 years to plant the first million trees, it only took a year to plant the second million,” Garcea said, adding the company plans to open an office in New York next year.

Treedom expects to boost its revenue to 15 million euros this year from 9.2 million in 2020, the CEO told Reuters.