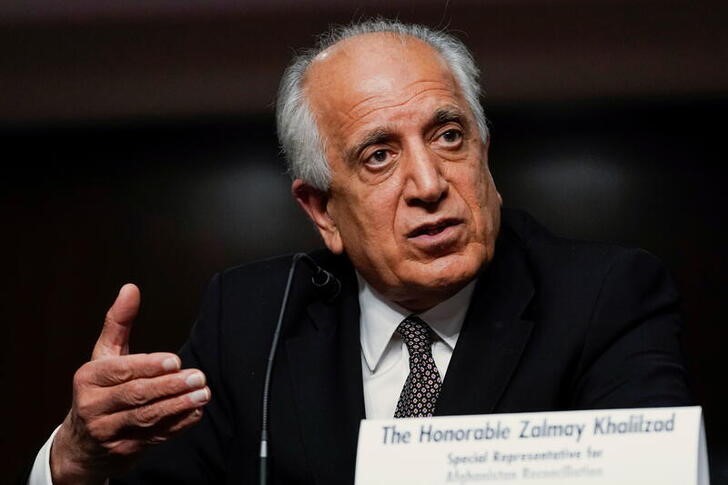 WASHINGTON (Reuters) – The family of Mark Frerichs on Monday urged U.S. President Joe Biden to fire his chief Afghanistan peace negotiator, charging that the envoy has done little to win the release of the last American believed to be held hostage by the Taliban.

The call for U.S. Special Representative Zalmay Khalilzad’s dismissal comes amid questions over his negotiations with the Taliban that failed to advance the peace process outlined in the February 2020 U.S. troop pullout deal he signed with them.

“I have lost faith in Ambassador Khalilzad,” Charlene Cakora, Frerichs’ sister and the family spokesperson, said in a statement to Reuters, charging that he “appears to have ignored my brother’s kidnapping.”

“They need someone talking to the Taliban who will make Mark a priority,” she continued. “Ambassador Khalilzad needs to be fired.”

The State Department and the White House did not immediately respond to requests for comment.

The 59-year-old U.S. Navy veteran from Lombard, Illinois, worked in Afghanistan for a decade on development projects. He was abducted the month before Khalilzad signed the U.S. troop pullout deal and was transferred to the Haqqani network, a brutal Taliban faction accused of some of the deadliest attacks of the war.

The network’s leader, Sirajuddin Haqqani, who has a $10 million FBI bounty on his head, was named interior minister last week in the Taliban government announced after their lightning takeover of Afghanistan as the last American soldiers left.

Cakora alleged that Khalilzad failed to make her brother’s release a priority and “never even asked the Taliban about Mark in the month” between his abduction and the U.S. troop pullout deal signing.

Khalilzad, she said, “hasn’t even spoken to our family since Biden took office.”

Taliban officials have suggested they would free Frerichs in return for the release of Bashir Noorzai, an Afghan drug lord and Taliban associate serving a life sentence in the United States for smuggling $50 million of heroin into the country.

The family appealed last month for proof that Frerichs is alive in an open letter to Sirajuddin Haqqani, asking that he publish a recent video of the captive.

In the letter, Cakora also urged Haqqani to offer to trade Frerichs for Noorzai.

“My nation and the Taliban have been at war for a long time,” she said. “I know that when wars end, prisoners on both sides should have the ability to come home.”