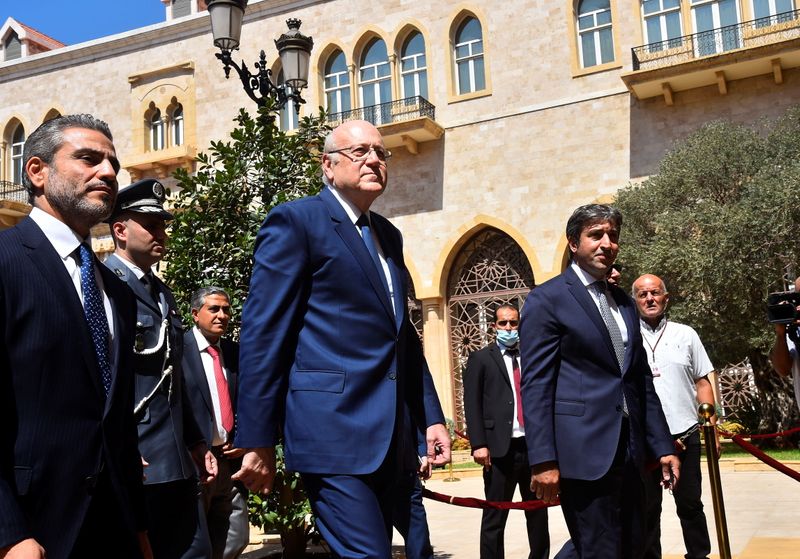 BEIRUT (Reuters) – Lebanon’s new cabinet is committed to resuming talks with the International Monetary Fund for a short- and medium-term rescue programme, a draft of its policy statement obtained by Reuters showed on Wednesday.

Prime Minister Najib Mikati’s government is due to meet on Thursday to approve the draft, which will then go to a vote of confidence in parliament.

The government, which was finally agreed on Friday after a year of political conflict over cabinet seats, must tackle one of the worst economic depressions in history.

The draft policy statement said the government would begin implementing reforms as it resumes talks with the IMF, which broke down last summer.

It said the government would resume negotiations with creditors to reach an agreement on “a mechanism to restructure the public debt”, and put in place a plan to reform the banking sector.

The statement said the government was committed to all the articles set out in a French reform initiative and would “renew and develop” a financial recovery plan that was drawn up by the previous government.

The government will also work with parliament to pass a capital control law, the draft document said.

It will hold parliamentary elections due next spring on time, the draft said.

World leaders return to U.N. with focus on pandemic, climate By Reuters