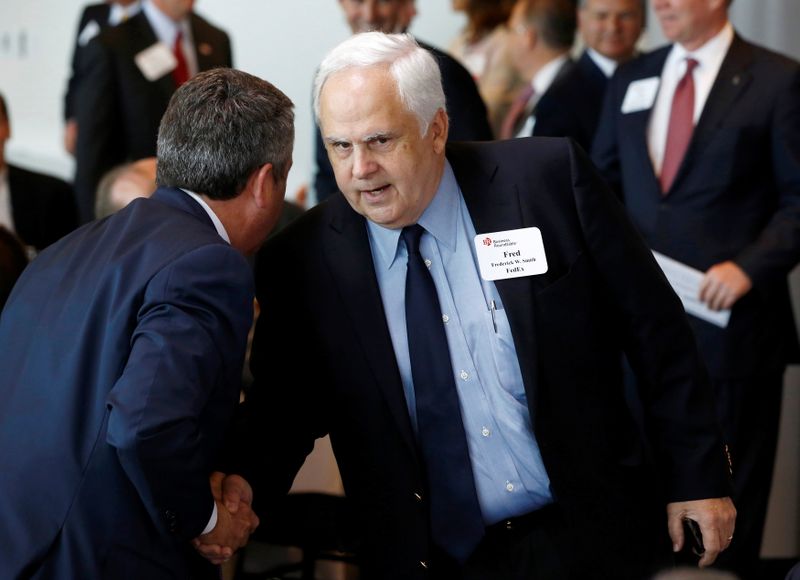 (Reuters) – FedEx Corp (NYSE:) shareholders should reject founder and CEO Fred Smith’s $54 million pay package because the logistics company gave him stock options after scrapping a cash bonus in the wake of the COVID-19 pandemic, only to reinstate it later, the Teamsters labor union said on Friday.

Smith, whose net worth is pegged by Forbes at $5.8 billion, was given a special option award “for motivation and retention purposes” in June 2020 after FedEx canceled a $3.4 million cash bonus for him, citing uncertainty around the COVID-19 pandemic.

Those options were worth $6.4 million as of the end of May, the close of FedEx’s fiscal year, more than doubling in value since Smith received them. As more people shipped and received items during the pandemic and FedEx’s business rebounded, the Memphis, Tennessee-based company reinstated Smith’s $3.4 million cash bonus in December, but also allowed him to keep the special stock options.

This amounted to “double-dipping” that undercuts the pay-for-performance structure of Smith’s compensation, the International Brotherhood of Teamsters, which is bargaining on behalf of FedEx employees at a freight facility and is an investor in FedEx through pension and benefit funds, argued in a letter to shareholders on Friday, which was seen by Reuters.

“Having founded the company, been chief executive since 1998 and holding an 8% equity stake, surely CEO Smith has the appropriate incentives to drive shareholder value,” the Teamsters general secretary-treasurer, Ken Hall, wrote in the letter.

The union is urging shareholders to vote against the company’s executive pay plan at the company’s annual meeting on Sept. 27. As with most companies, the vote at FedEx is non-binding.

FedEx declined to comment beyond what it has disclosed on executive pay in securities filings. In its informational disclosure to investors, FedEx said a significant portion of executive compensation is “at risk” and dependent on the company hitting performance goals and share price targets.

FedEx Chief Operating Officer Rajesh Subramaniam, the company’s highest paid executive after Smith, also had his $2 million cash bonus reinstated after he received a similar special option award and stock grant worth approximately $6 million at the end of May.

Many U.S. companies tweaked the pay of executives during the pandemic, easing performance targets and even giving them pay rises. Investors then voted down a record number of CEO pay packages at their annual shareholder meetings earlier this year. [L2N2NL2O2]

Although most shareholder votes on pay are non-binding, some companies have tweaked executive pay when faced with investor opposition. For example, in 2018 Walt Disney (NYSE:) Co renegotiated the compensation of its chief executive at the time, Bob Iger, to toughen performance targets after shareholders voted down his pay.

The Teamsters acknowledged in the letter that Smith’s options had yet to vest and that there was still uncertainty over the value of that grant. Smith also accepted a 91% cut in his annual salary during some of the last fiscal year. His salary was $966,125.