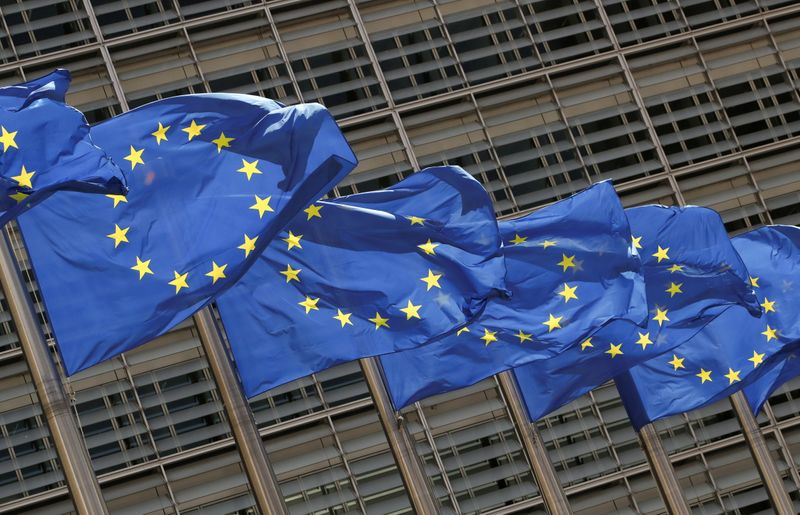 BRUSSELS (Reuters) – European Union finance ministers will begin discussing on Friday how to change their budget rules to deal with a huge rise in government debt during the coronavirus pandemic and how to encourage spending needed to arrest climate change.

Potential options include exempting “green” investments from calculations of deficit and debt limits and temporarily forgetting existing rules that say debt must be cut every year, documents prepared for the ministers’ talks showed.

“The challenge in coming years will be to consolidate deficits while increasing green investments to achieve the ambitious targets of the EU to cut emissions or any other investments,” a note prepared by host Slovenia said.

Slovenia currently holds the EU’s rotating six-month presidency and will chair the talks.

An analysis commissioned by the ministers from the Bruegel think-tank showed additional public investment to meet the EU’s climate goals will have to be 0.5%-1.0% of GDP annually during this decade and that may require flexibility in the rules.

“There are substantial investment needs that will be very difficult to achieve in the current fiscal setting,” the Bruegel paper said. “Past consolidation episodes resulted in major public investment cuts, while now there is a need for a major increase in investment.”

“A ‘green golden rule’ (excluding net green investment from the fiscal indicators used to measure fiscal rule compliance) is the most promising option to address this tension,” it said.

EU budget rules, created in 1997 and changed three times since then, set limits on government borrowing to protect the value of the euro. They require EU countries to cut debt below 60% of GDP and annual deficits to below 3% of GDP or face fines.

The rules were suspended in 2020 to give governments more scope to fight the coronavirus pandemic, but are due to be reinstated in 2023. Changes could be made before then to make them better fit the new challenges Europe is facing.

Some officials argue the rules reflect past realities when debt was relatively low and interest rates were relatively high, as opposed to the high debt and very low or even negative cost of borrowing now, which makes high debt more sustainable.

Another drawback is that the rules do not give any special treatment to public investment at a time when the 27 countries that form the EU are embarking on their biggest economic transformation to reach zero net CO2 emissions by 2050.

Bringing back deficits and debt to within the EU limits of 3% and 60% respectively would be a major challenge and could cripple the recovery, some EU officials say.

According to the Commission, the 19 countries that share the euro will have a budget deficit of 8.0% of GDP this year, up from 7.2% last year, while their public debt is set to reach 102.4% of GDP. Individual EU countries’ debt and deficits vary widely, however.

“The time frame of eliminating the excessive deficits and achieving structural balance will need to be carefully considered as it is extremely important that fiscal constraints do not hamper growth,” the Slovenian presidency’s note said.

The EU’s 800 billion euro recovery fund, which will provide cash for all 27 members of the bloc until 2026 for green investment, digitalisation and research and development, will help offset any planned fiscal consolidation, Bruegel said.

But to make the “green” transformation a reality, EU budget rules will also have to be applied with maximum flexibility, it said. Bruegel recommended that the EU forget its rule that every country must cut public debt by 1/20th of the excess above 60% of GDP every year, because with debt so high it is unrealistic.

“An overly fast pace of fiscal consolidation, such as implemented after the 2007 global financial and subsequent euro crises, can adversely impact potential output and trigger a new recession and should therefore be avoided,” Bruegel said.

Discussions on how to change the rules to better fit the changing economic realities are likely to be tough and last well into 2022 as trust between countries of the more frugal north of the EU and what they perceive as the more profligate south is very low following the sovereign debt crisis of 2010-2015.

Solana Says Bots Generated Transactions That Flooded the Network on Sept. 14 By CoinQuora