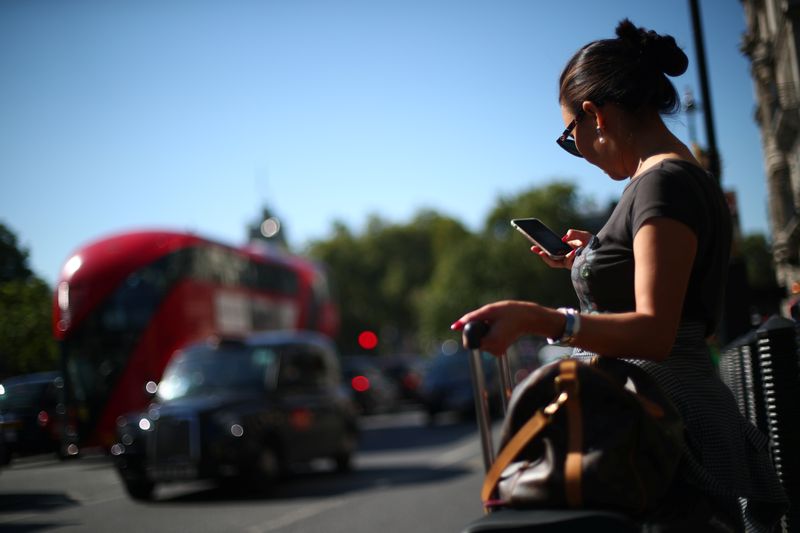 BRUSSELS (Reuters) – Lawmakers on the European Parliament’s industry committee voted on Thursday for deeper cuts in wholesale roaming tariffs paid by telecoms operators to their counterparts than those proposed by the EU Commission, saying the move would boost competition.

Wholesale price caps typically pit telecoms providers in southern European countries with those in northern Europe over who should benefit from tourists making calls home.

The former are keen to keep such caps as high as possible so they can invest in networks to accommodate peak demand during the holiday season, while the latter, whose citizens tend to go abroad for holidays, want lower caps to networks in southern destinations.

The European Parliament’s industry committee has proposed a wholesale voice tariff of 0.015 euro per minute next year which will be reduced to 0.01 euro in 2025, compared with the European Commission’s offer of 0.032 euro and 0.019 euro respectively.

Lawmakers also want to set wholesale rates for text messages at 0.003 euro per message until 2032 while the Commission had proposed 0.01 euro for next year, falling to 0.003 euro in 2025.

The lawmakers want to cap data tariffs at 1 euro per gigabyte versus the EU executive’s proposed 2.5 euros next year and 1.5 euros in 2025.

Lawmaker Angelika Winzig, who is steering the issue through the legislature, said the Commission’s proposal “was not progressive enough to reflect market realities” where smaller operators struggle to offer sustainable rates.

“This is why significantly reducing wholesale caps is beneficial to the market and consumers alike. It would enable more competition, which would increase the possibilities for better prices for consumers and enterprises,” she said in a statement.

The committee will need to secure support from the entire assembly which typically is a formality although dissenting lawmakers can still come up with revisions.

The lawmakers backed the Commission’s proposal for a 10-year extension to rules which ended retail mobile roaming charges across the bloc four years ago.

The proposals also need EU countries’ support before becoming law. The first meeting between the lawmakers and representatives of EU countries is scheduled for Oct. 26.