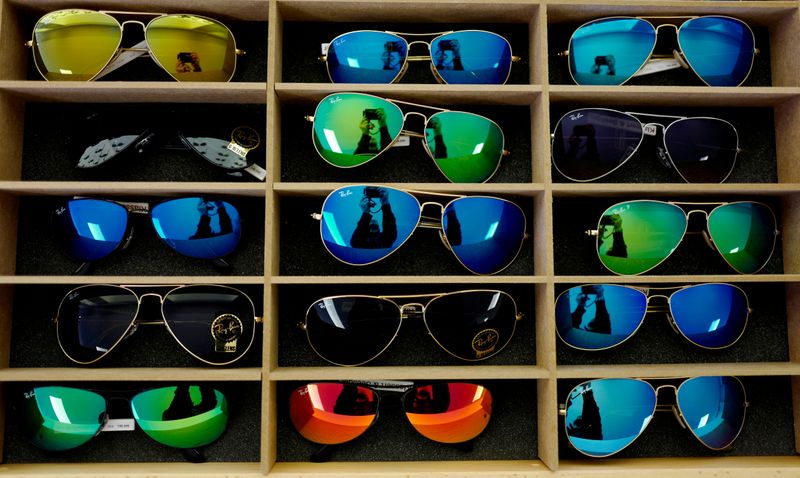 © Reuters. FILE PHOTO: Sunglasses from Ray Ban are on display at a optician shop in Hanau near Frankfurt, Germany, March 18, 2016. REUTERS/Kai Pfaffenbach


(Reuters) – Oakley and Ray-Ban maker EssilorLuxottica raised its full-year guidance on Friday after revenue doubled in the second quarter, helped by a strong recovery in North America.

The company now expects revenue for the full year to grow by a “mid-single digit” rate at constant currencies versus 2019 and its adjusted operating profit margin to be higher than in 2019.

EssilorLuxottica, which also makes sunglasses and spectacle frames for brands such as Chanel, Prada (OTC:) and Versace, previously saw its full-year revenue and adjusted operating profit margin at least at the same level of 2019.

“On top of a buoyant U.S., generating more than 50% of the Group’s revenue, other key markets were nicely growing and fuelling the company’s business acceleration, namely France, Italy, UK, Mainland China, Australia and Brazil,” the company said in a statement.

COVID-19 and the U.S. courts: challenges to vaccine requirements By Reuters

What you need to know about the U.S. relaxing COVID travel...