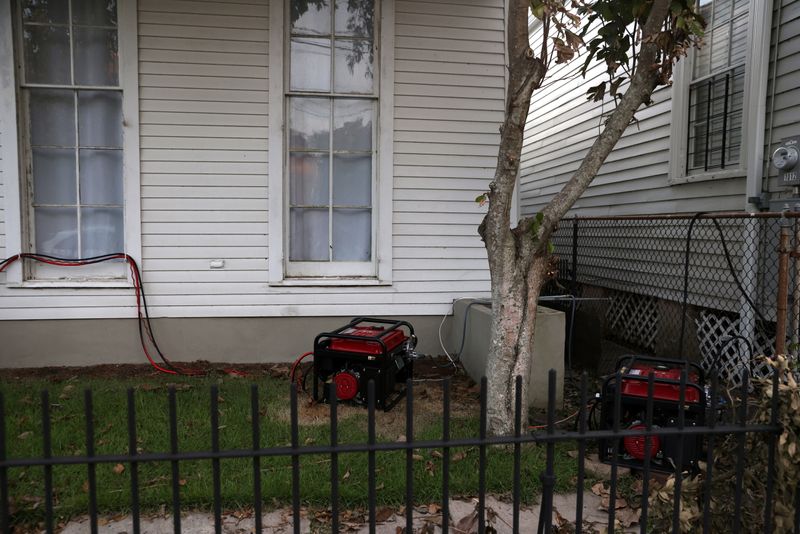 © Reuters. FILE PHOTO: Generators run outside of people’s homes as large parts of the city of New Orleans continue to be mostly without power days after hurricane Ida tore through the state in Louisiana, U.S., September 3, 2021. REUTERS/Leah Millis


(Reuters) – U.S. electric company Entergy Corp (NYSE:) said power had been restored for more than half of its customers who faced an outage after Hurricane Ida.

“Just eight days after being struck by one of the most destructive hurricanes to ever hit the United States, more than half of the 948,000 total customers who lost power have been restored. As of 4 p.m. today, 54%, or 511,000, had been restored”, the company said late on Monday.

Ida, one of the most powerful hurricanes ever to strike the U.S. Gulf Coast, hit Louisiana before moving northeast and causing intense flooding that killed dozens in New York and other northeastern states.