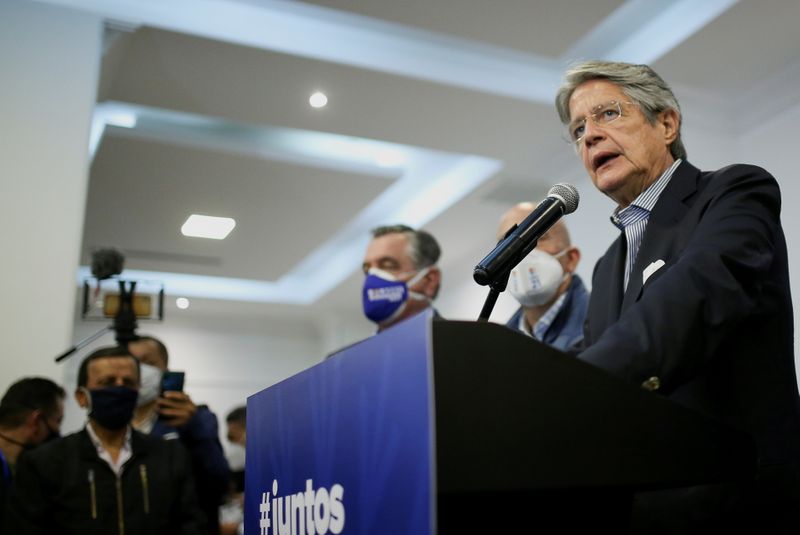 
QUITO (Reuters) – Ecuador has reached a new staff-level agreement with the IMF that could result in $1.5 billion in new disbursements this year following promises by President Guillermo Lasso’s government to cut spending, the finance minister said on Wednesday.

The South American nation last year struck a $6.5 billion deal with the multilateral lender to help revive an economy that for years struggled under low oil prices and was further weakened by a brutal coronavirus outbreak.

“We’ve been in talks with the (International) Monetary Fund about how to reorient the program that was in place with the IMF to align it with the objectives and priorities of the current government,” Simon Cueva said in a news conference.

“The current government seeks economic recovery and sustained growth, and to ensure fiscal equilibrium in the medium term,” the finance minister added.

Lasso, who was elected this year, inherited the IMF program from former President Lenin Moreno, who faced massive street protests in 2019 following efforts to close the fiscal gap by limiting fuel subsidies.

Moreno walked back that measure in the face of a week of unrest led by indigenous protesters, highlighting the complex situation facing any Ecuadorean government that seeks to cut its fiscal deficit.

Lasso this month said the government would halve the deficit to $2.4 billion in 2022.

Cueva said the Lasso administration was preparing a fiscal reform that would not affect the country’s poor and that additional tax revenue would come from high-income brackets.

“We will not touch the issue of the VAT tax,” he said, referring to the value-added tax that tends to have a greater impact on lower-income people.

He declined to specify how much revenue would rise and how much spending would fall, saying he preferred to wait until the IMF provides full approval to the deal.