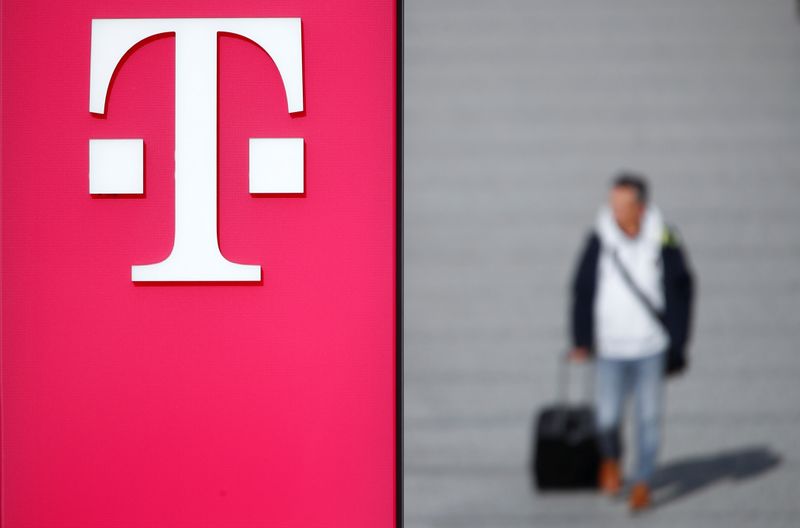 © Reuters. FILE PHOTO: A man walks past the logo of Deutsche Telekom AG at the headquarters of German telecommunications giant in Bonn, Germany, February 19, 2019. REUTERS/Wolfgang Rattay


BERLIN (Reuters) – Deutsche Telekom (OTC:) struck a share-swap deal with Softbank (OTC:) to increase its stake in U.S. unit T-Mobile and sold its Dutch unit in a major restructuring of interests that strengthens the German group’s transatlantic focus.

As a result of the two deals announced on Tuesday, Deutsche Telekom will raise its stake in T-Mobile US (NASDAQ:) by 5.3% to 48.4%, bringing CEO Tim Hoettges closer towards his goal of securing direct majority control over the U.S. telecoms operator.

Softbank will in return receive a 4.5% stake in Deutsche Telekom, establishing a direct shareholding relationship after Softbank sold its U.S. Sprint unit to T-Mobile in a deal that closed in early 2020.

Deutsche Telekom acquired control of the Dutch business from Sweden’s Tele2 in 2018 but never considered the unit, which ranked a distant third behing market leaders KPN and Vodafone (NASDAQ:) Ziggo, as a core asset.

Deutsche Telekom will invest some of its 3.8 billion euros in proceeds from the Dutch deal to raise its stake in T-Mobile US. Sweden’s Tele2 , which had retained a 25% stake in T-Mobile Netherlands, also sold out.

Alt winds of change? What an altcoin season would mean for crypto By Cointelegraph