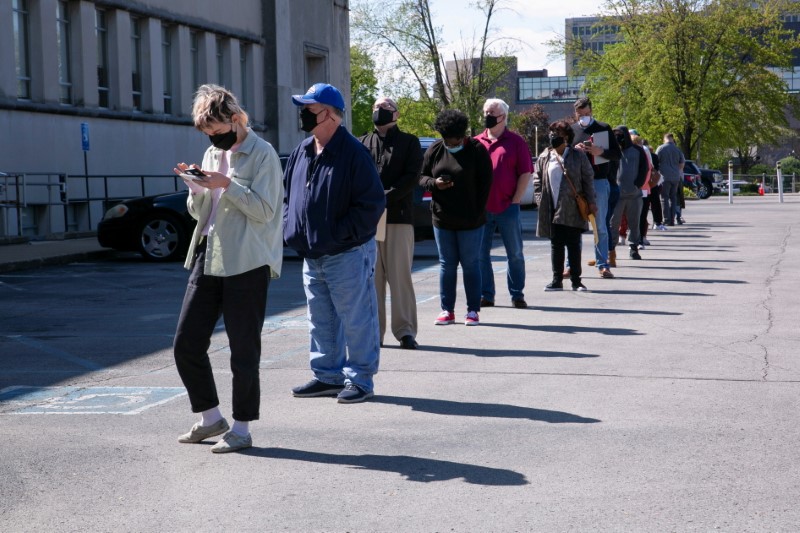 
(Reuters) – The number of people who were unable to work at some point over the previous four weeks or teleworked due to the COVID-19 pandemic rose in August for the first time since December, U.S. data showed on Friday, in a worrying sign for the country’s jobs recovery.

The percentage of people who said they did not look for work because of COVID-19 health concerns also remained largely unchanged during a period when coronavirus cases caused by the Delta variant shot up across the United States.

The latest Bureau of Labor Statistics figures were part of an ongoing additional survey of households carried out by the U.S. government that has accompanied the monthly jobs report since the beginning of the pandemic. Overall, U.S. job growth slowed more than expected in August, the main report showed.

Daily new COVID-19 cases have climbed to a seven-month high in the United States, with more than 160,000 infections on average reported nationwide in recent days, and several real-time data indicators have pointed to a slowdown in economic activity as cases surged.

“Ultimately, the Delta variant wave is a harsh reminder that the pandemic is still in the driver’s seat, and it controls our economic future,” said Daniel Zhao, a senior economist at Glassdoor.

Approximately 5.65 million people were unable to work in August or reported reduced hours due to their business either closing entirely or cutting back operations, up from roughly 5.15 million the prior month, according to the survey.

The number of people who said they teleworked recently due to the pandemic also edged up, to 20.56 million from 20.27 million.