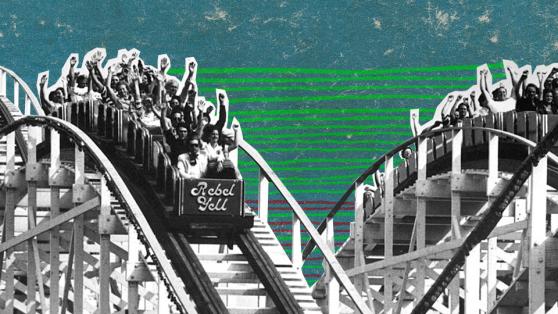 Crypto Flash Crash or Bearish Signals for the Near Term


The entire cryptocurrency sector took a single-day, double-digit beating – with some individual coins and tokens tumbling more than 20%. The market capitalization fell below $2 trillion, losing more than $410 billion during the past 36 hours.

We saw a fast and furious 19% decline in as its price per coin plummeted from $52,000 to as low as $42,900 in just a matter of hours. The whipsaw price action coincided with the inaugural launch of Bitcoin as legal tender within the country of El Salvador, which officially took effect on September 7, 2021.

During the intraday downtrend, El Salvadoran President Nayib Bukele tweeted that he was buying the dip – and he in fact did. Bukele added an additional 150 Bitcoin to the country’s treasury for a cumulative total of 550 total Bitcoin.

Bukele also tweeted to his millions of Twitter (NYSE:) followers that critics and trolls will be out in force, opposing his country’s move toward economic equality for the residents of his country.

It’s possible that Tuesday’s precipitous price drop for Bitcoin was simply the function of the classic investing adage, “Buy the rumor, sell the news” – specifically in relation to El Salvador’s implementation of Bitcoin as legal tender. Many investors likely rode the wave up to the implementation date and cashed out once the “rumor” became news.

We saw a similar pump and dump action occur to Dogecoin leading up to Elon Musk’s appearance on Saturday Night Live earlier this year. We also saw it happen to in the run up to its listing on Coinbase (NASDAQ:).

Speaking of Cardano, its founder Charles Hoskinson on Tuesday tweeted that he expected his project to be at the center of its own FUD frenzy.

As expected, there is a massive FUD storm underway. We saw the same with Shelley last year. It’s nothing new. Just people wanting to burn down what they don’t understand or feel threatened by. September 12th is a big day, but just a day on a long journey we are all on together.

The arguably crazy thing about this flash crash is that positive sentiment was high, the fundamentals for all these projects are stronger than ever, and the technicals had been pointing in a bullish direction.

For example, specific to Ethereum, this chart shows that September 7th marked – for the first time ever – that the total number of daily burned Ethereum as a result of the London hard fork, surpassed the total amount of Ethereum mined in a day.

That means Ethereum has become a deflationary coin. That is extremely bullish. That doesn’t warrant a 20% price drop in a single day of one of the strongest assets in cryptocurrency.

Also, the Crypto Bitcoin Bullrun Index (CBBI) shows that we’re nowhere near a market top with an index score of only 61 out of 100.

That index is a composite metric comprising 11 different indicators that have been used in the past to indicate a market top for the cryptocurrency sector. You can see across the top of the orangish bar, that only two of the 11 indicators are higher than 90%.

It’s interesting and informative to click the blue check boxes on the website and see how each component of the formula impacts the overall Crypto Bitcoin Bullrun Index.

While none of us like to see red downward arrows across the majority of cryptocurrencies, this latest downward action appears to be a temporary flash crash instead of something more protracted. The fundamentals and technicals support that thesis. The trick is to ensure that our collective sentiment remains optimistic as well.