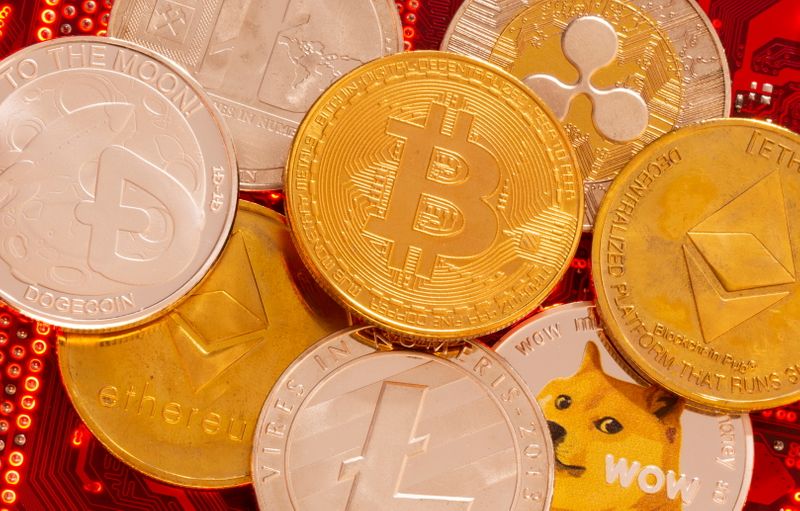 (Reuters) – Cryptocurrency executives should work with regulators instead of being their adversary for the sector to grow to its potential, members of a digital currency panel at Wall Street’s SALT conference said on Monday.

Kevin O’Leary, who recently invested in a crypto aggregating platform WonderFi, called for leaders of the companies to adopt an accommodating tone, saying the current lack of compliance in the field is keeping investors at bay.

O’Leary, who invests in entrepreneurs on the business reality TV show “Shark Tank,” was speaking at the SALT event, one of the premier hedge fund industry conferences taking place in New York.

Similarly, Jeremy Allaire, chief executive of blockchain-based payment platform Circle, said new products in the space should fit the regulatory model, since having a framework would reduce risk and encourage wider adoption.

Regulatory concerns are among the biggest hurdles facing the crypto-asset markets. Lawmakers have sought more power to control trading, but that has not always been welcomed by people in the industry.

The chair of the U.S. Securities and Exchange Commission, Gary Gensler, in August called on Congress https://www.reuters.com/technology/us-sec-chair-gensler-calls-congress-help-rein-crypto-wild-west-2021-08-03 to give the agency more authority to improve policing of cryptocurrency trading, lending and platforms, a “Wild West” he said is riddled with fraud and investor risk.

The company’s stock has since shed around 10%, while bitcoin has dropped more than 13%, although the digital currency’s woes were compounded due to technical snags during its rollout in El Salvador.

Having the government’s stamp of approval would knock down barriers, as evidenced by the recent launch of the world’s first crypto exchange-traded fund in Canada, attracting huge inflows, O’Leary noted.