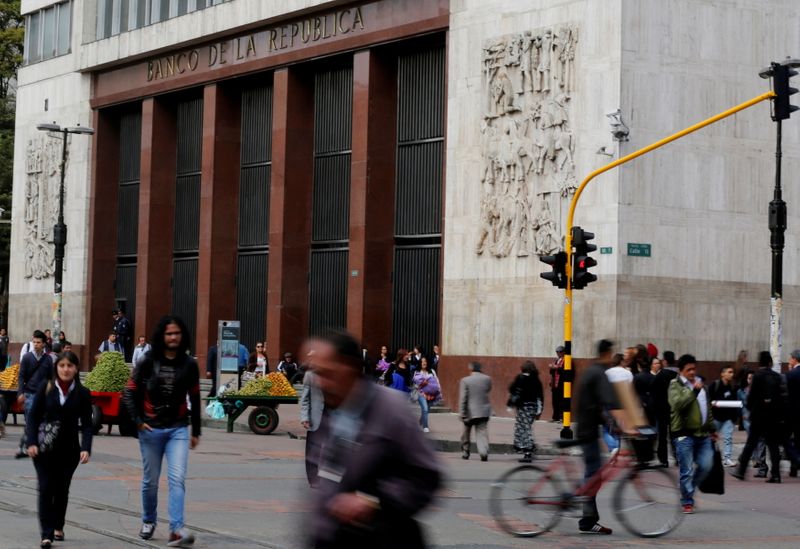 BOGOTA (Reuters) – Colombia’s benchmark interest rate is set to increase due to rising inflation which has pushed consumer prices above the central bank’s target rate, a member of the bank’s board said on Wednesday, adding rate rises will be gradual.

“Inflation is not easy, prices have increased in a significant way,” said Bibiana Taboada, one of seven bank board members, during a presentation at EAFIT University in Bogota.

“Inflationary pressures will likely take us toward a moment when rate rises begin.”

The bank has held the benchmark interest rate at a historic low of 1.75% since September last year in a bid to provide relief for people and businesses hit by the economic impact of the coronavirus pandemic.

Half the 14 analysts polled by Reuters at the end of July estimated the first rate rise would occur at the September board meeting, while four predicted a rise in October, one in November and two in December.

An increase in borrowing costs will not end monetary stimulus for the economy, Taboada said.

“We will try to make this increase gradual if possible to maintain the monetary stimulus that the economy still needs,” she said.

Continuing stimulus will also depend on any fiscal adjustments made by the government, she added.

“In this sense I celebrate the approval of the reform by congress,” she said, referring to the passage of a tax bill late on Tuesday that will raise some $4 billion annually.