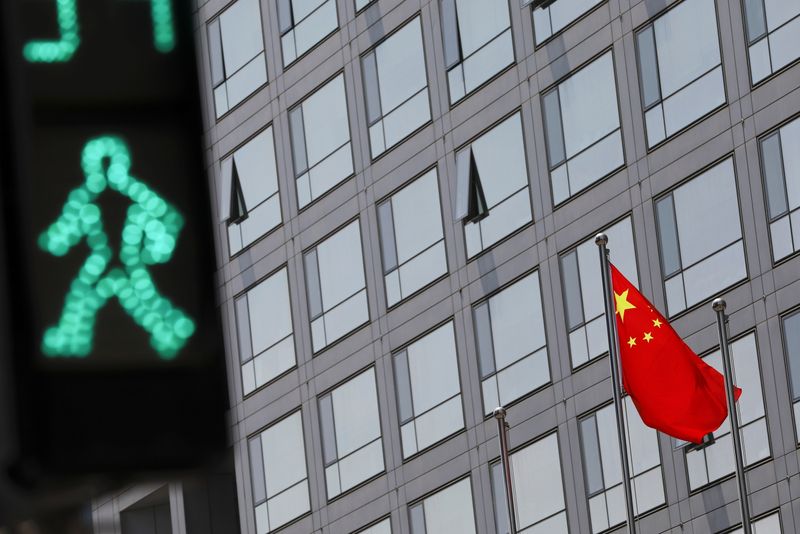 
SHANGHAI (Reuters) – China is imposing fresh regulations on its industries to promote their healthy development and the country’s long-term economic policy remains unchanged, Chinese state media outlet the People’s Daily said in an op-ed on Wednesday.

The reform measures are aimed at supporting the development of the private economy and the purpose of clarifying regulations, drawing bottom lines, and setting up “traffic lights” is to guide companies to obey the leadership of the ruling Communist Party, it said.

Starting late last year, various authorities in China have launched regulations and penalties across a number of sectors, in some cases altering long-term prospects of entire industries, at a pace that has roiled markets and stoked investor uncertainty.

Chinese authorities have recently appeared to be providing reassurances to businesses. China’s Vice Premier Liu He on Monday pledged continued government support for the private sector.

The People’s Daily said the regulations have achieved “early results” and were designed to curb “barbaric growth” of platform companies.

The policies introduced do not target specific firms, the paper said, adding that the country would continue to open up, protect the rights and interests of foreign capital and promote fair competition.

“The regulatory policies introduced treat everyone as equals, and are aimed at violations of laws and regulations, and are by no means aimed at specific industries or companies.”