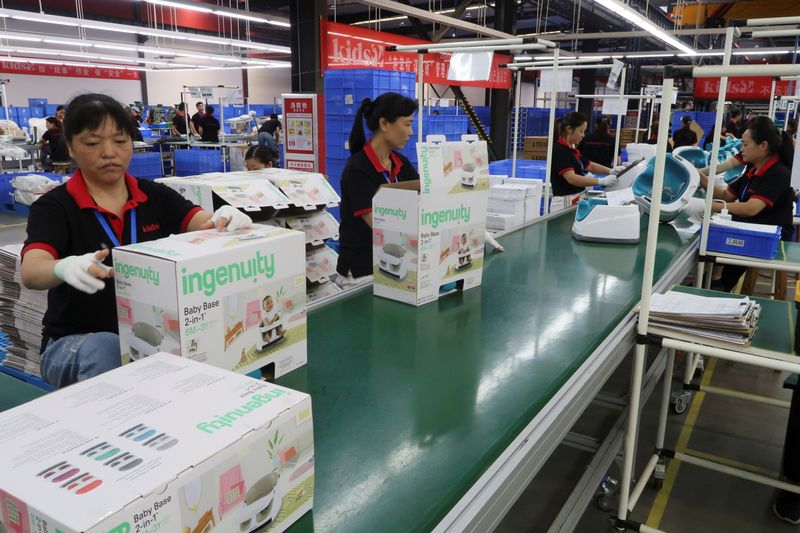 The producer price index (PPI) rose 9.5% from a year earlier in August, the National Bureau of Statistics (NBS) said on Thursday, faster than the 9.0% increase tipped in a Reuters poll and the 9.0% reported in July. That was the fastest pace since August 2008.

Commodity prices have been on a tear in recent months, hurting the bottom lines of many mid- and downstream factories. China’s coal prices soared to a record high on Tuesday over supply concerns as major coal regions started fresh rounds of safety checks.

But coal and metals prices will likely drop back as construction activity falls amid restrictions on the property sector and slowing credit growth, Julian Evans-Pritchard, senior China economist at Capital Economics, wrote in a note.

And the higher comparison base towards the end of last year will also pull down overall inflation. “We doubt producer price inflation will rise much further,” he said.

The coal, chemicals and metals industries drove much of the price increases in August, according to a statement released alongside the data by Dong Lijuan, an NBS official.

Prices in the coal mining and washing sector grew 57.1% in August from a year earlier.

A separate NBS statement showed that the consumer price index (CPI) in August rose 0.8% from a year earlier, compared with a 1.0% gain in a Reuters poll and below the government target of around 3% this year.

Declines in airfares, travel and hotel room prices due to the pandemic slowed consumer inflation on a monthly basis, according to NBS’s Dong.

Service-sector activity plunged in August to the lowest level since the pandemic’s first wave in April 2020, a recent survey showed, as COVID-19 restrictions threatened to derail the recovery.

Many analysts expect the People’s Bank of China to deliver a further cut to the amount of cash banks must hold as reserves later this year to lift growth, on top of July’s cut, which released around 1 trillion yuan ($155.32 billion) in long-term liquidity into the economy.

“We expect monetary policy to remain prudent with a slightly loosening bias for the rest of the year,” said Jing Liu, senior economist for Greater China at HSBC, in a note.

China’s consumer price inflation, which is likely to stay muted, will not constrain a slight loosening stance, she added.

The core consumer price index, which strips out volatile food and energy prices, stood at 1.2% on year, versus a 1.3% rise in July.