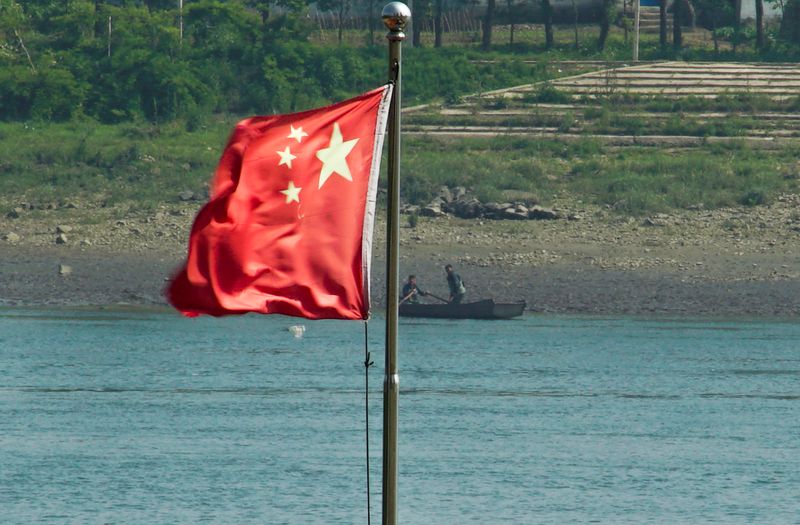 © Reuters. FILE PHOTO: Two North Korean men are seen in a boat as the Chinese national flag flies over the Yalu River running between the North Korean town of Sinuiju and Dandong in China’s Liaoning Province, May 25, 2018. REUTERS/Joseph Campbell/File Photo


BEIJING (Reuters) – China’s exports to North Korea rose for the third straight month in August, but were still a fraction of their pre-COVID levels, Chinese customs data showed on Saturday.

Chinese shipments to North Korea climbed to $22.5 million in August from $16.8 million in July. That compares with $219 million of exports in August 2019.

China imported $6.2 million of North Korean goods in August, up from $4.1 million in July.