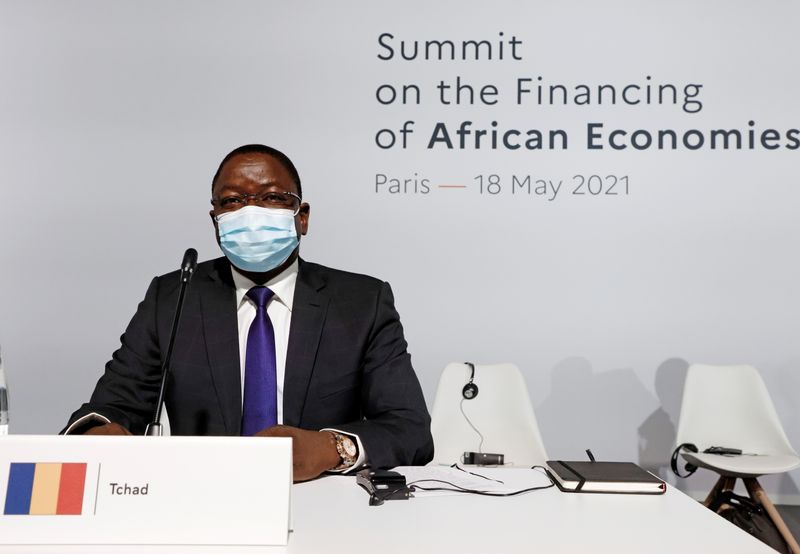 © Reuters. FILE PHOTO: Chad’s Prime Minister Albert Pahimi Padacke poses before the opening session of the Summit on the Financing of African Economies in Paris, France May 18, 2021. Ludovic Marin/Pool via REUTERS/File Photo

“Glencore represents for Chad today more than 98% of the country’s commercial debt,” Padacke said during a news conference. “We need to renegotiate things because we have a serious cash flow problem.”

Chad officially requested a restructuring of its public debt back in January, the first country to do so under a new framework agreed by Group of 20 (G20) major economies last year.

The International Monetary Fund on Tuesday said it was crucial for Chad to come to comparable terms with its private creditors, the largest of which is Glencore.

Authorities in Chad have met Glencore four times to discuss a restructuring deal that would fall within the G20 framework and are awaiting the company’s decision, Padacke said.

“We are hopeful that the company will agree because all partners are waiting for Glencore’s decision,” Padacke said. “When you are in debt, the creditor always has the last word.”