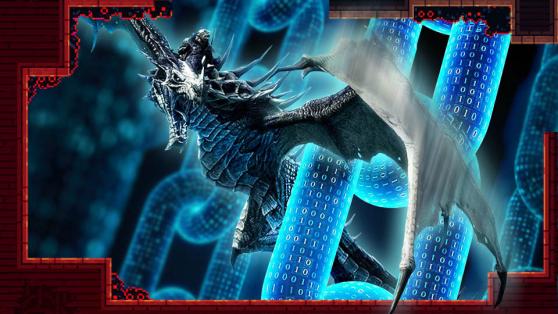 Can Skyrim Adopt Crypto and Blockchain Faster Than Stormrite is Released?


Blockchain became the “cure for all diseases” in crypto-related and fintech media. Everyone needs blockchain; blockchain for you, blockchain for me… Let’s just calm down and think thoroughly.

Of course, there are things that would benefit from blockchain adoption a lot. For example, elections; if every vote is an NFT, the possibilities of ballot rigging will approach close to zero. On the other hand, meme coins are useless usage of blockchain.

Let’s have a look at this through a gaming prism. The boom of play-to-earn gaming projects showed that the biggest demand lined up for creatures/monsters digital pet games: Axie Infinity, My DeFi Pet, Ethermon, Binamon. The evolution is obvious, taking inspiration from CryptoKitties, CryptoPunks, Bored Ape Yacht Club, and gamifying the process with breeding, battles, and other mechanics.

Next in the queue were card games and farming simulators, such as Splinterlands and My Neighbor Alice accordingly. Again, this is quite a logical sequence, since these two genres also feature collecting and owning, especially farming games, which kick it up a notch. For instance, even the team behind Axie Infinity are going to implement land farming elements in the next big update, Axie Infinity: Origin.

However, only the bravest have opted for creating multiverses: Decentraland, Enjin, and the Sandbox. This is the most challenging and sophisticated way to use blockchain. These are projects that have been in development for years already, especially Enjin which has existed since the origins of blockchain itself.

Although all the aforementioned genres are quite different, there is a common denominator: the games have high community involvement. This is an obvious causal relationship; the value is derivative from the environment. When you play a single player game, the need to own something inside the game is miniscule. Because you own the game itself. However, in the case of multiplayer projects, the ownership is requirable.

Will Skyrim Benefit From Blockchain?

To start with, Skyrim is slightly different from the games we have reviewed before. It’s a story-based open-world action-RPG requiring a minimal amount of online elements. In the case of Skyrim, there is no online mode at all, unless using unofficial mods.

A logical question here comes naturally: why do we even need blockchain for single player games? Fair enough but blockchain-based RPGs are in demand as was shown by the case of Stormrite.

The answer lies, as cliché as this sounds, outside the box.

RPG stands for Role-Playing Game, which implies the creation of a unique gaming character and guiding them through the storyline and making them unparalleled. Doesn’t it sound familiar? Breeding Axies, rare CryptoPunks…?

Yes, RPG is already a well polished genre for players. Its origins come from fantasy tabletop games, which didn’t even involve computers at that time. All the action used to happen in live conversations fuelled by participants’ imaginations. Now, some RPG games have taken a different direction and become story-based single-player games, where you evolve your character throughout the storyline.

So what if we get an NFT of our character after finishing the storyline? Yeah, just imagine getting a unique and rare NFT not from a marketplace but creating it by playing a game. This means that you can use it in any other game that supports it. It’s a journey you can go through with your character from game to game, not only inside one. It’s like breeding an Axie NFT but throughout the entire game.

Which brings us to…

Let’s admit, the Elder Scrolls universe already exists. The gaming series started back in 1994, with The Elder Scrolls: Arena. At the time of the release, it became a breakthrough in the action-RPG genre. Just a year later, PC Gamer US named it the 18th greatest game of all time.

After the success, Bethesda Game Studios (Bethesda Softworks) continued the series with four new parts, each of which has from two to eight spin-offs. Now, the name “Elder Scrolls” stands for a synonym for a good RPG game. Moreover, while all the fans of the series are waiting for the sixth part, they play The Elder Scrolls Online, a multiplayer game in the universe.

As you can see, the universe is vast and all parts are interconnected by the name, genre, storyline, and setting. However, a player who buys a new game starts from the very beginning. Which is okay for a single player game but creates a newbie entry barrier for a multiplayer game.

Nevertheless, adoption of blockchain is the most obvious way to make it possible. Furthermore, this could transform the Elder Scrolls universe into the multiverse. What is meant here is the possibility for your game character to migrate from one part to another.

Moreover, if you “save” your character as an NFT, you could auction it on either an internal or external marketplace. In other words, blockchain gives all the opportunities to truly own your character. This is what RPG games stand for: your character is somehow a representation of yourself. That’s why owning it and transmitting from game to game provides greater immersion into the gaming world.

Of course, hoping that big game studios will become “blockchained” is good but the reality shows that cutting-edge technology implementation is an indie developers’ feature.

In one particular case, a single indie developer is responsible for the entire game: Kelechi Apakama. According to the official project’s Reddit channel, the development process started two years ago. However, Stormrite raised more than $55K on Kickstarter recently, in order to accelerate the release date of the demo version. Preliminary, it’s set for Q4 2022.

The game is set to be an action-RPG with blockchain features. Although it looks more like the Witcher series visually, the game promises to include most of Skyrim’s elements and peculiarities. The role of the blockchain in the game is still unknown. However, the game joined Enjin NFT ecosystem, which means backward compatibility with Enjin’s “The Multiverse” package. In addition, other games from the Enjin ecosystem will be able to accept NFTs from Stormrite if the developers allow such support.

So will Bethesda jump on the blockchain train? Probably not – at least soon. Big gaming studios make very careful steps when implementing new features in order not to frighten existing audiences. That’s why it’s safe to assume they would rather create a new action-RPG series with full support of blockchain than radically change the Elder Scrolls concept.

There are a lot of projects such as Stormrite that exist in the embryonic stage so far. However, some of them will reach the final release some day. When it happens, players will face the fully-fledged choice between blockchain games and ones without this technology. There is a chance that the first option can steal the spotlight or even become a blanket hog if everything is done correctly.

That’s why big gaming studios should start thinking about this in advance. In the meantime, the players should pay attention to the new blockchain projects as they bring more opportunities than regular games.

Why A.I. needs the liberal arts