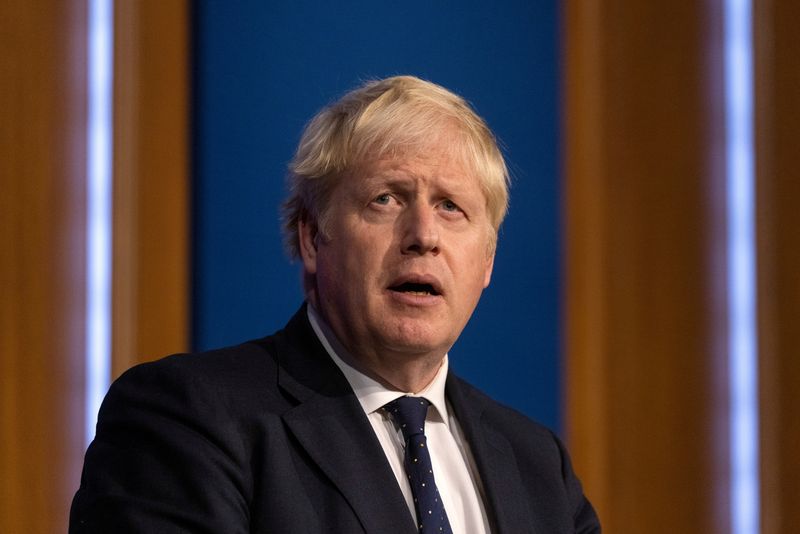 
LONDON (Reuters) – Britain’s relationship with France is rock solid, Prime Minister Boris Johnson said on Thursday, when asked about a new defence pact with Australia and the United States that sinks an existing French-Australian submarine deal.

France has reacted angrily to Wednesday’s news of the ‘AUKUS’ partnership that will help Australia acquire U.S. nuclear-powered submarines and scrap a $40 billion French-designed submarine deal.

But, asked in parliament about relations with France, Johnson played down any row.

“We stand shoulder-to-shoulder with the French, whether in the Sahel, where we are running a joint operation against terrorists in Mali, or whether in Estonia, where we currently have the largest NATO operation.”

The defence deal has also angered China, which says it will severely damage regional peace and stability.

Johnson was asked by opposition Labour Party leader Keir Starmer how he could ensure the move did not worsen Britain’s relations with China.

Johnson replied: “I think it’s important for the House to understand that AUKUS is not intended to be adversarial towards any other power … it merely reflects the close relationship that we have with the United States and with Australia.”