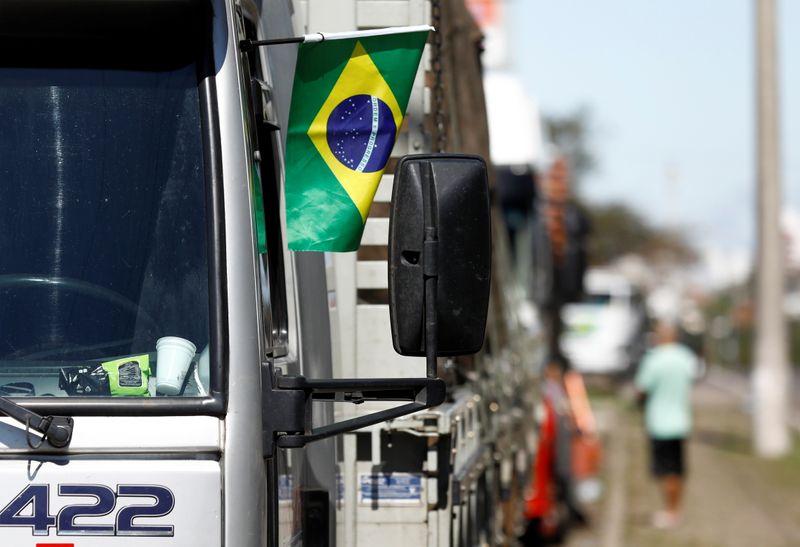 
SAO PAULO (Reuters) – A protest by Brazilian truckers loyal to President Jair Bolsonaro had largely fizzled out on Friday, a relief for industries that feared supply shortages.

Brazil’s infrastructure minister said in a statement early Friday that there were protests along highways in three states – Rio Grande do Sul, Santa Catarina and Rondonia – but no roads were blocked. That compared with 16 states that had registered highway protests earlier in the week.

The nation’s federal highway police said the protests “no longer present threats of partial or total blockades and are heading toward total demobilization.”

Stirred up by Bolsonaro’s call to action against the Supreme Court at political rallies on Tuesday, the truck blockades gained steam on Wednesday. Earlier this week, the right-wing leader had accused the Supreme Court of preventing him from governing and called on Justice Alexandre de Moraes to step down.

On Thursday, he sought to defuse the dispute and said he had told truckers to stand down https://www.reuters.com/world/americas/bolsonaro-meet-with-striking-brazil-truckers-ministry-says-2021-09-09, warning that if the protests continued past Sunday, it would bring about serious supply shortages.

With scant rail infrastructure in Latin America’s largest country, the economy is heavily dependent on road haulage and the protests threatened key export routes. A major truckers’ strike in 2018 brought activity to a standstill.

Besides supporting Bolsonaro in his battle against the Supreme Court, truckers are discontented about soaring diesel prices.

Bolsonaro gained prominence in the 2018 presidential campaign with his early support for the truckers and he has remained sympathetic to their complaints of high fuel prices.