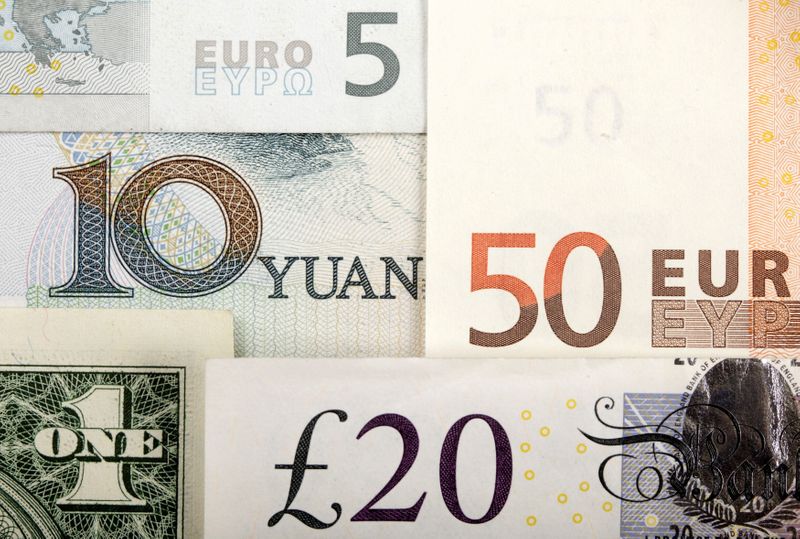 
By Saikat Chatterjee and Tommy Wilkes

LONDON (Reuters) – A boom in corporate dealmaking, surging input costs and a focus on short-term cash flows in the pandemic have sent companies rushing to hedge their currency exposures this year, giving a boost to banks that sell foreign exchange products.

Corporate treasurers say the pandemic, which sent revenues tanking in 2020 before this year’s sharp rebound, has encouraged many to hedge currency risks more frequently.

Relentless supply chain pressures, and a sharp rise in raw material and other input costs that are mostly denominated in U.S. dollars, are reasons for companies to lock in prices too.

And a surge in mergers and acquisitions as the recovery takes hold is also lifting corporate demand for foreign currencies. Global dealmaking is running at a record high this year, with $3.9 trillion of deals already transacted by early September, according to Refinitiv data.

Multinational firms are among those to have increased their foreign exchange (FX) market activity.

A corporate treasurer at one firm said its auditors had told the company to hedge its exposures more effectively and “ensure that we only hedge the visible stream of revenues”.

This has resulted in more volumes and smaller deal sizes, a development seen widely – treasurers say the average hedging deal among other large British firms has shrunk to between $5 million and $10 million, from $20 million pre-pandemic.

“Corporate hedging activity has gone up in recent months because (companies’) time horizons to hedge their FX exposure have shortened,” said Naresh Aggarwal, policy director at the London-based Association of Corporate Treasurers.

It is proving a boon for banks’ currency trading desks, offsetting a recent drop in revenues from investor clients.

Activity by financial market players, including asset managers and hedge funds, surged last year as the pandemic uncertainty boosted FX volatility, but in this year’s calmer market, they have cut back trading.

Instead, banks are benefiting from the jump in activity from firms scrambling to hedge, borrow more or expand overseas. JP Morgan, UBS and Deutsche Bank (DE:) are the top three banks by market share in the $6.6 trillion a day currency markets, according to a Euromoney survey.

Data on market-wide foreign exchange volumes has a lag, but the most recent figures point to a jump in corporate turnover.

Corporate activity on London’s foreign exchange markets averaged $117 billion a day in April, up 16.1% from six months earlier, according to the latest Bank of England data.

Deutsche Bank’s global head of FX, Russell Lascala, said year-to-date FX revenues earned from the bank’s corporate client base were up significantly on 2019 levels and helping offset reduced investor trading, though he declined to give numbers.

“Corporates are doing more business, they need to hedge more, they are expanding, they are borrowing, and doing many cross-border deals. In previous crises it was very different, they were not as strong and were playing defence,” he said.

The 12 biggest investment banks globally earned $28 billion in revenues from trading commodities, bonds and currencies in the first quarter of 2021, up 15% from a year earlier, according to Coalition Greenwich data. That was the biggest first quarter revenue for the banks in the past six years.

Laurent Descout, CEO of payments firm Neo, said turnover had picked up for his cross-border business after a slow start.

The company had cleared $1 billion of transactions by the end of August, much of it within the last few months, Descout said, adding that firms were eschewing more complex currency option products for ‘vanilla’ tools such as forward contracts.

The supply chain disruptions, signs of rising inflation and uncertainty about the strength of the economic recovery should keep corporate FX hedging volumes elevated.

Descout expects to see treasurers locking in FX rates for the “next 12-24 months to support medium-term cash flow and protect margins”.