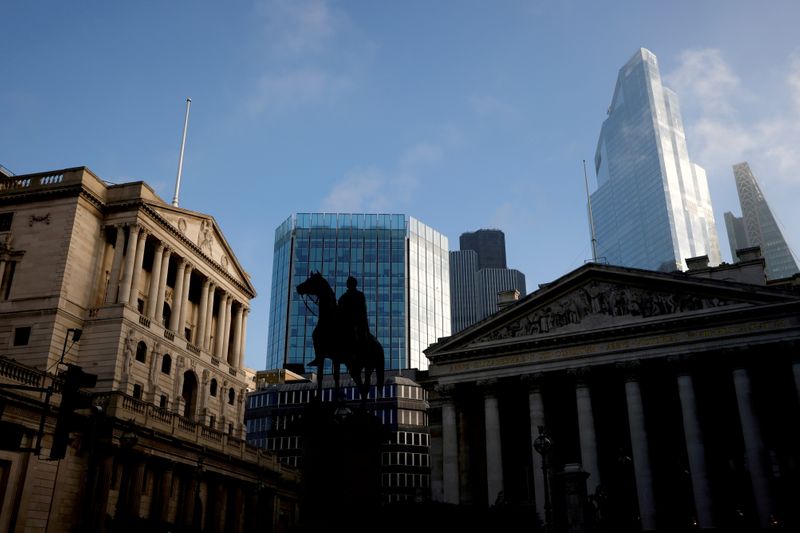 LONDON (Reuters) – The Bank of England may need to raise interest rates next year if growth continues and inflation becomes stickier, Bank of England policymaker Michael Saunders said on Tuesday.

“As to when I think interest rates might rise, that would depend on the economic outlook,” Saunders told an online event hosted by accountancy software company Intuit (NASDAQ:).

“If the economy continues to recover, and inflation shows signs of being more persistent, then it might be right to think of interest rates going up in the next year or so. But that is not a promise and depends on economic conditions,” he said.

Saunders said any rise in rates from their record-low level of 0.1% should be relatively limited.

Financial markets currently price in a 15 basis point rise in rates by June 2022, which would return the BoE’s main interest rate to 0.25%.

Last month the BoE said it could see a modest reduction ahead in the huge support it has provided to Britain’s economy during the COVID-19 pandemic, and set out how it could gradually unwind its quantitative easing programme after it has raised interest rates.

“I … worry that continuing with asset purchases, when CPI inflation is 4% and the output gap is closed – that is the likely situation later this year – might well cause medium-term inflation expectations to drift higher,” Saunders said.

“Such an outcome could well require a more substantial tightening of monetary policy later, and might limit the committee’s scope to respond promptly the next time the economy needs more stimulus,” he added.

By around now Britain’s economy had likely recovered its late 2019 level of output, Saunders said, adding that the effects of the pandemic in the long run would probably prove to be relatively small.

Brexit, Saunders said, might well have a bigger impact in the long run.

All bark and some bite. China’s Bitcoin ban puts traders in the ‘fear’ zone By Cointelegraph

How Do People Generate Income Betting On Horse Races