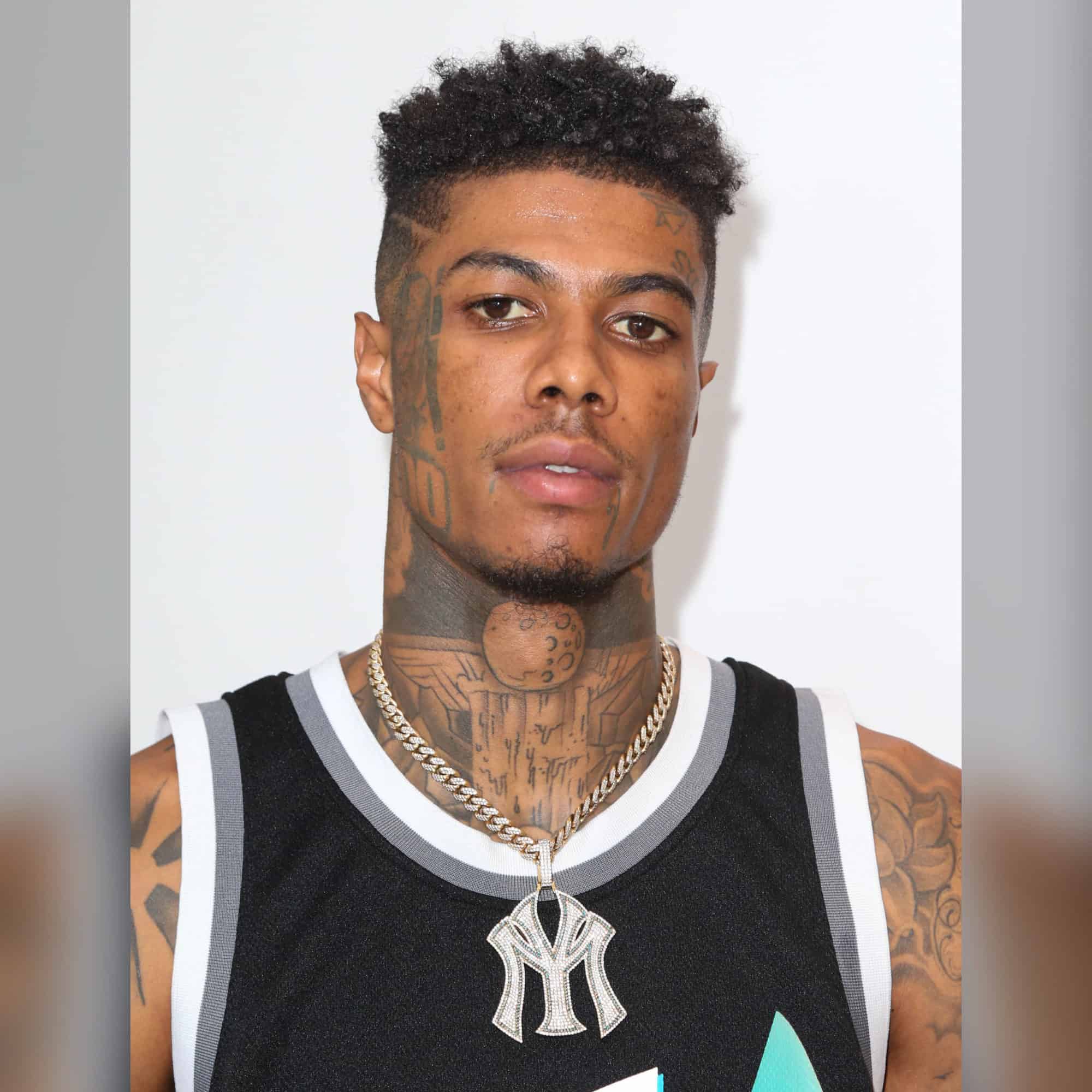 Whew! It went down over the weekend, and it was intense. Things took a violent turn with Blueface and his crew after they stepped out for a night of fun. It appears the men are being accused of allegedly putting the paws on a bouncer inside Skinny’s Lounge in Southern CA on Sunday night.

According to footage obtained by TMZ the men became frustrated inside of the San Fernando Valley venue after Blueface was allegedly denied entry for not having identification. The security video captured the men attacking the unidentified bouncer by punching, kicking, and stomping him out. The alleged altercation started in the entryway to the club, where one of Blueface’s friends throws the first punch. Immediately next, Blueface and the other two men allegedly proceed to attack the man.

The bouncer was transported to a hospital via ambulance following the incident, where he received multiple stitches for his injuries. Reports state that the incident is currently under investigation. Law enforcement sources advised that officers took a battery report, and they are aware of the surveillance video. Blueface has seemingly stayed out of any drama before this. The last time he was throwing blows was inside of a ring for a celebrity boxing match.

In July, if you recall, he participated in the Bare Knuckle Fighting Championship match against TikToker Kane Trujillo, where he was victorious. However, things got extra spicy when a spectator entered the ring and swung on Blueface. Security swooped in and stood in between the two men before anything else happened.

The post Blueface & Friends Allegedly Attack A Bouncer Inside A California Lounge appeared first on The Shade Room.