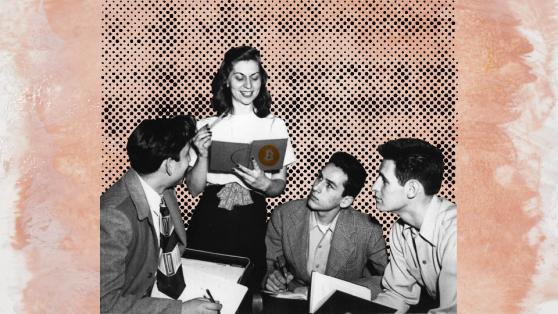 
Enthusiasm for and other crypto assets continues to grow around the world. So much so that some of the most recognized universities in the world have incorporated blockchain and cryptocurrency studies into their academic programs, as indicated by a report prepared by Coinbase (NASDAQ:) Inc, the American cryptocurrency trading platform.

According to the study dated from 2019, at least a third of the 50 most prestigious universities in the world globally, have included studies on crypto technology and digital currencies.

Recently, a university in Venezuela announced its decision to incorporate blockchain and cryptocurrency engineering training into its academic options. The institution in question is the Ezequiel Zamora National Experimental University of the Western Plains (UNELLEZ).

The state-dependent study center plans to launch a degree in blockchain and cryptocurrency engineering in 2022 at its headquarters in San Carlos, Cojedes state. It is also considering creating a diploma in Digital Economy, “with which the population will have greater access to this information of high value for the future of the economy.”

The rapid expansion of cryptocurrencies in Venezuela, along with the Bitcoin mining farms that were legalized, and the informal jobs that have been created around the digital ecosystem, has served to interest the Venezuelan university in the training of specialists in the space.

Other similar experiences are currently being developed in Chile, Argentina, Peru, Colombia and México. In each of these Latin American countries, at least one higher education institution already has training courses on blockchain technology and cryptocurrencies.

Venezuela stands out worldwide among the countries where cryptocurrencies are used the most, especially Bitcoin, , among other digital currencies, not only as a payment instrument but as digital assets to hedge against hyperinflation and the shortage of dollars and euros.

The Bolivar, the national currency, is little used in commercial transactions due to its astounding historical depreciation. The government of Nicolás Maduro and the Central Bank of Venezuela have suppressed 14 zeros from the currency in the last 13 years to try to refloat the currency, but the attempts have been in vain.

The Coinbase report was compiled based on “surveys of 735 American students aged 16 and over, a comprehensive review of courses at 50 international universities, analysis of research citations and non-course offerings, and interviews with professors and students.”

“Cornell offers 14 classes on cryptocurrencies and / or blockchain (up from 9 in 2018) and its group IC3 [The Initiative for Cryptocurrencies and Contracts] brings together researchers from the best universities around the world,”
the university notes.

In Europe, one of the most important blockchain university education projects is Wool University, driven by academics from the University of Oxford. The educational project is based entirely on blockchain technology and promotes itself as the “Uber (NYSE:) for students, Airbnb for academics.”

Cryptocurrency and blockchain education opens up an infinite field of new formal employment opportunities in the crypto industry and in various economic activities.