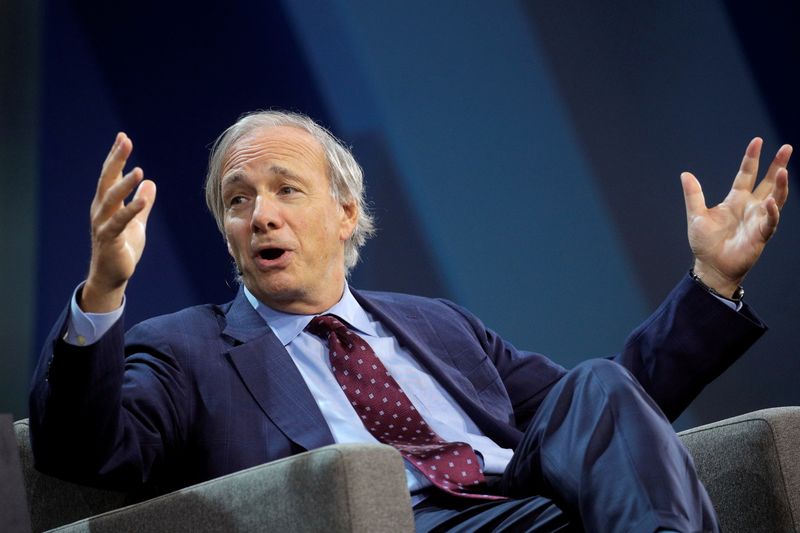 NEW YORK (Reuters) – Billionaire investors Steven Cohen and Ray Dalio have joined the cryptocurrency craze by putting cash to work and saying at a conference this week that bitcoin and other digital currencies are an interesting way to diversify their holdings.

Dalio, who founded the world’s largest hedge fund, Bridgewater Associates, told attendees at the SALT conference in New York on Wednesday, “I have more crypto than gold.”

Cohen, who runs Point72 Asset Management, said earlier this week at the conference that he hopes not to miss out on opportunities presented by the digital currencies.

SkyBridge, the alternative investment firm whose founder, Anthony Scaramucci is hosting the SALT conference, has a 12% investment in bitcoin, the firm’s co-chief investment officer, Ray Nolte, said at the event.

Even as investment firms seek to create funds for cryptocurrencies that feel and look like stock and bond funds, they are known for being volatile and potentially risky. , for example, traded over $48,000 on Wednesday, after dipping below $30,000 in July. In April it topped $60,000.

Dalio said cryptocurrencies represent diversification and noted that portfolios need to be spread across more asset classes. “Diversification is a good thing,” he said.

Cohen meanwhile has been studying cryptocurrencies for himself and potentially his firm for some time and told investors in May that he would be “remiss” to ignore the $2 trillion cryptocurrency market.

This week, Cohen announced he was investing in Radkl, a digital asset investment and proprietary trading firm, and he told the conference that his firm, Point72, is building crypto-trading capabilities.

Cryptocurrencies were a major theme at the SALT conference, which was held in person in New York this year after last year’s event in Las Vegas was cancelled due to the pandemic.

The Cohen and Dalio appearances were among the event’s best-attended sessions, with fund managers and investors eager to hear how billionaires viewed topics ranging from China relations to working remotely versus in the office.

Dalio said China could be viewed as an existential threat to the United States, adding it is imperative to have more contact there, not less, to gain a better understanding of how the government operates.

Cohen, in turn, said flexibility is key in a post-pandemic world. “I like working from home and I don’t have to be in the office five days a week,” he said. “I think we have to be flexible.”

Next to operate Gap brand in Britain By Reuters