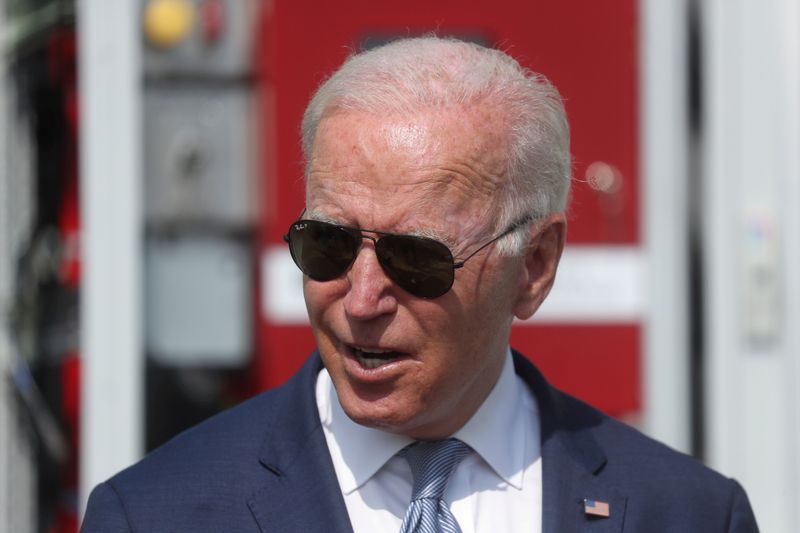 WASHINGTON (Reuters) -U.S. President Joe Biden will convene a virtual meeting of the Major Economies Forum on Friday to discuss plans to combat climate change with other world leaders before a major summit on global warming known as the COP 26 in Glasgow later this year.

Biden’s gathering is meant to bolster countries’ plans to tackle climate ahead of the Scotland summit, the White House said, and builds on a meeting of world leaders Biden organized earlier this year to discuss climate goals https://www.reuters.com/article/us-global-climate-summit-idCAKBN2CA0DK.

“At the MEF meeting, the president will emphasize both the urgency and the economic benefits of stronger climate action. He will call on leaders to strengthen their climate ambition heading into COP 26 and in the years beyond,” the White House said in a statement on Wednesday.

“The president also will outline plans to leverage the MEF post-Glasgow as a launchpad for collective, concrete efforts scaling up climate action through this decisive decade,” it said.

Biden announced in April a new target to reduce U.S. greenhouse gas emissions 50%-52% by 2030 compared with 2005 levels and is pressing other nations to increase the ambition of their respective targets.

The United States and the European Union have agreed to aim to cut methane emissions by around a third by the end of this decade and are pushing other major economies to join them, according to documents seen by Reuters.

A senior administration official told reporters the issue would be discussed on Friday.

The official declined to identify the countries that would take part in the meeting, saying RSVPs were still coming in.