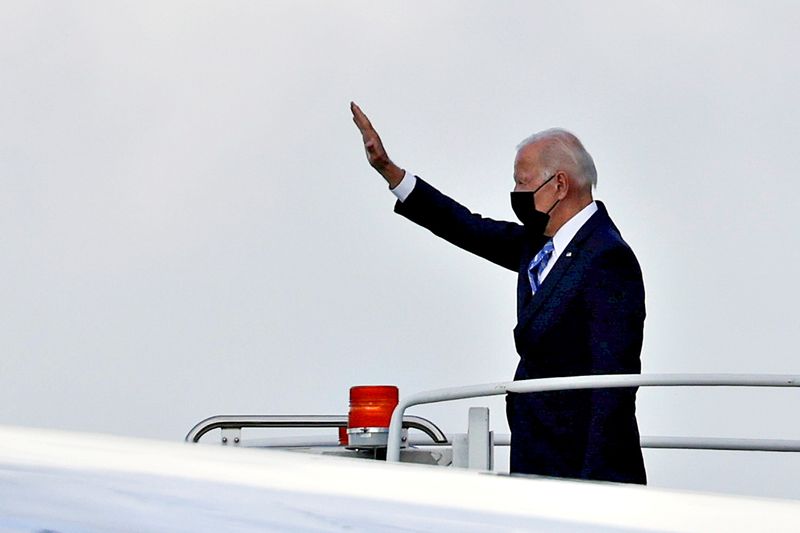 
WASHINGTON (Reuters) – President Joe Biden will highlight a “strong uptick” in U.S. vaccinations in a speech on Thursday, a White House official said, marking the impact of vaccine mandates for federal workers and big companies that he introduced.

In remarks scheduled for 12:30 p.m. EDT, Biden will highlight that “thanks to his ‘Path out of the Pandemic’ plan and the administration’s urgent push for vaccine requirements, the country is seeing a strong uptick in vaccinations, while cases and hospitalizations continue to decline,” a White House official said.

Vaccination rates against COVID-19 in the United States have risen by more than 20 percentage points after multiple institutions adopted vaccine requirements in recent months, while case numbers and deaths from the virus are down, Biden administration officials said on Wednesday.

Some Republicans have pushed back on the mandates, including Texas Governor Gregg Abbott, who issued an executive order banning companies from mandating vaccines in the state. Some companies that operate there say they plan to ignore the ban.

Vaccines for children under age 12 are expected to be approved in the U.S. by year-end.

Biden will also talk about continuing work on booster shots and ensuring that schools “remain safe and open”.

“Lastly, he will remind the American people that even with this strong progress, now is not the time to let up in our response,” the White House official said.