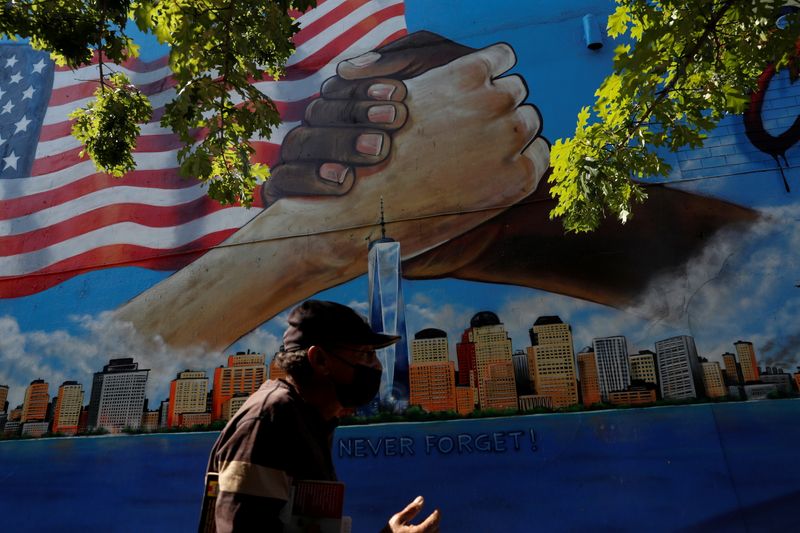 WASHINGTON (Reuters) – U.S. President Joe Biden on Friday called for national unity as the United States prepared to mark the 20th anniversary of the Sept. 11, 2001, attacks that killed 2,977 people, calling it America’s greatest strength in the face of adversity.

Biden, speaking in a videotaped recording at the White House https://twitter.com/POTUS/status/1436444392584253442, honored the memories of those killed in the attacks and the thousands more injured, as well as the firefighters, nurses and many others who risked or gave their lives during the subsequent rescue missions and long road to recovery.

He also acknowledged the “darker forces of human nature – fear and anger, resentment and violence against Muslim Americans, true and faithful followers of a peaceful religion” that he said had bent, but not broken, American unity.

“To me, that’s the central lesson of Sept. 11, is that at our most vulnerable, in the push and pull of all that makes us human, and the battle for the soul of America, unity is our greatest strength,” he said.

“Unity doesn’t mean we have to believe the same thing. We must have a fundamental respect and faith in each other, and in this nation,” he added.

The White House released the video on the eve of the 20th anniversary, which Biden will mark by visiting all three sites that were attacked https://www.reuters.com/world/us/biden-visit-all-three-sites-sept-11-attacks-white-house-2021-09-04.

On Saturday, Biden and first lady Jill Biden will visit New York City, where two airliners destroyed the World Trade Center and killed 2,753 people; the Pentagon in Arlington, Virginia, where a third airliner crashed; and Shanksville, Pennsylvania, where passengers forced down a fourth aircraft believed to have been headed to the U.S. Capitol or White House.

The president’s appeal for unity comes at a time when political divisions over the COVID-19 pandemic, vaccine mandates https://www.reuters.com/world/us/bidens-covid-vaccine-mandate-angers-republicans-libertarians-2021-09-10, and voting and abortion rights, are boiling over across the country.

Hate crimes against Arab-Americans, Muslims and others perceived as Arab or Muslim surged after the Sept. 11, 2001, attacks, and while they have abated in recent years, the numbers have never returned to levels seen before the attacks, FBI data show.

More recently, the United States has seen a rise in anti-Semitic and anti-Asian discrimination and hate crimes.