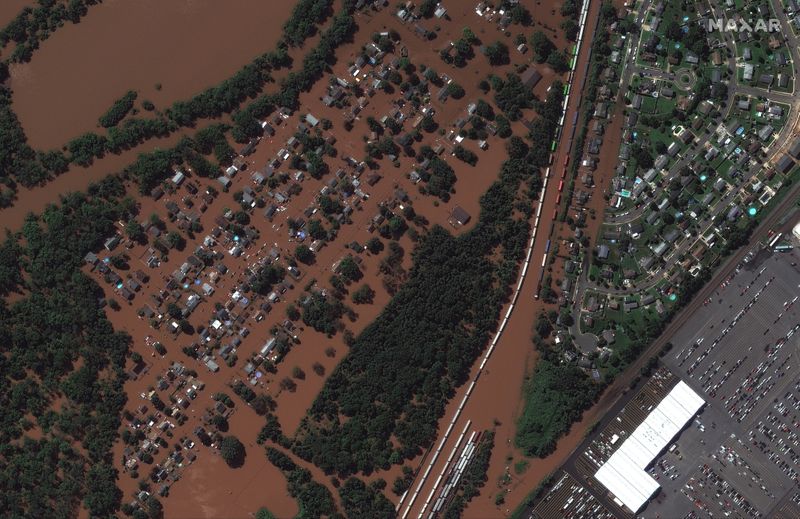 Biden ordered federal aid to supplement local recovery efforts in the areas affected by the remnants of Hurricane Ida from Sept. 1 to Sept. 3, the White House said in a statement https://

Biden will travel to Manville, New Jersey, and the Queens borough of New York City on Tuesday to assess damage from Ida.

In New Jersey, there were at least 27 confirmed storm deaths and four people missing, a spokesperson for Governor Phil Murphy said on Sunday.

Separately, New York Governor Kathy Hochul had said she was requesting Biden to issue a major-disaster declaration for her state.

Ida, one of the most powerful hurricanes ever to strike the U.S. Gulf Coast, hit Louisiana about a week ago before moving northeast and causing intense flooding.

Ida’s death toll continued to rise on Sunday, with many in the U.S. Northeast holding out hope for people missing in the floodwaters. Over 500,000 people in Louisiana were without power as of Monday morning, according to the PowerOutage.us website, which tracks power outages.

She added she was also requesting federal funding through the Federal Emergency Management Agency’s individual assistance program for 14 counties.

Hochul said she had directed that $378 million in previously awarded hazard mitigation funding from FEMA be devoted to supporting New York’s infrastructure against extreme weather.

Palm prices seen firm until Feb, but could ease from March –analyst Mistry