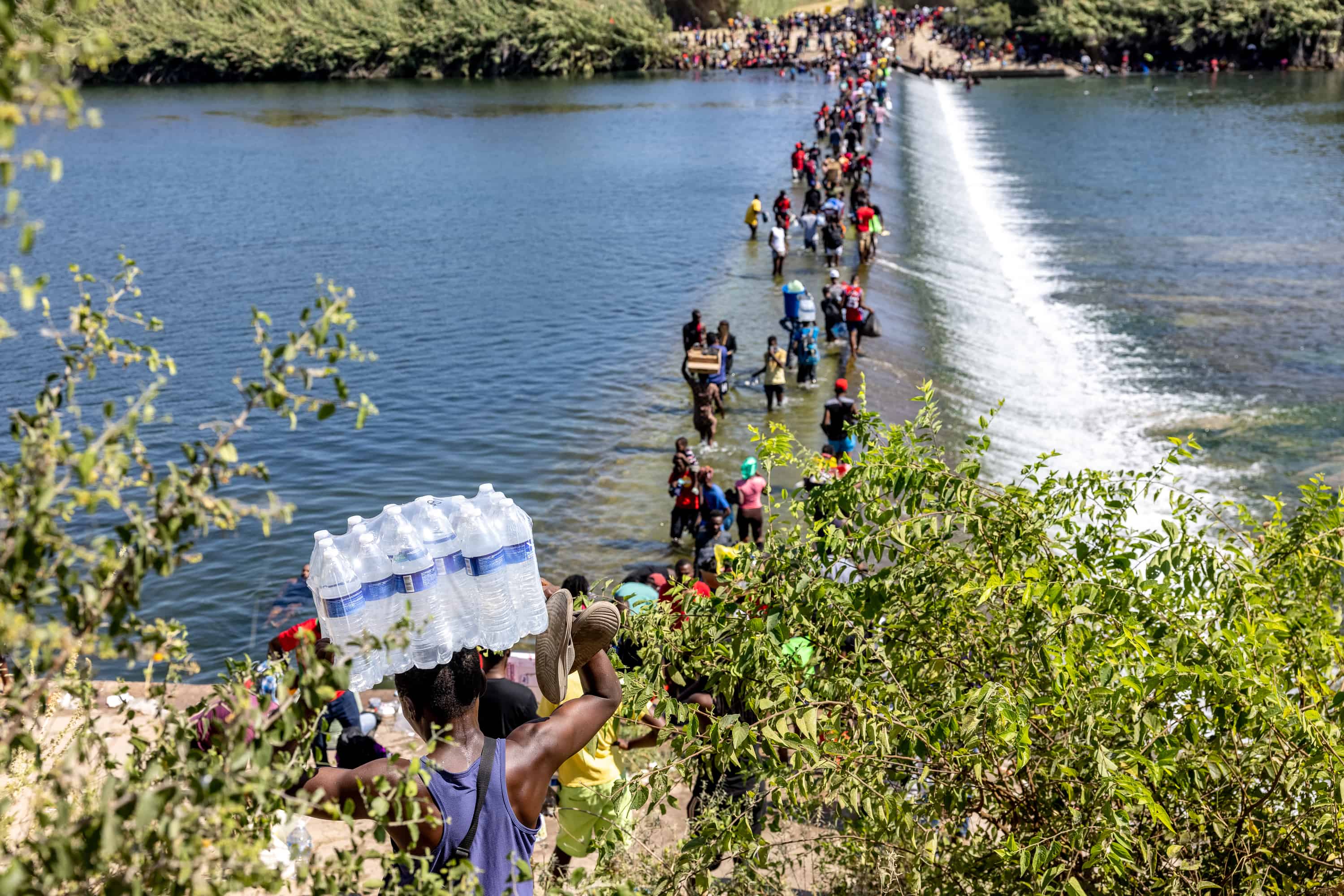 TSR Politics: Immigration and Customs Enforcement (ICE) is planning to ramp up deportation flights to Haiti over the next week as more than 10,000 mainly Haitian migrants shelter under a bridge in Del Rio, Texas.

Next week, ICE is reportedly planning to fly eight deportation flights to Haiti and will then increase that number to 10 per week to address the new surge of migration at the U.S. southern border, according to docs obtained by NBC News.

The flights had previously been paused by the Biden administration in response to the 7.2 magnitude earthquake that ravaged Haiti last month. A single deportation flight can hold about 135 migrants, Department of Homeland Security officials said.

Officials also said that most of the Haitians coming over are not coming directly from the island, but have been living in South America for several years.

In addition to the deportation flights, ICE will also begin doing “lateral flights,” in which Haitian migrants will be flown to other sectors of the U.S. border for processing, to address the overcrowding in Del Rio, according to another document.

The migrants will be sent back to Haiti and not South America, despite the fact that many of these migrants have not lived in Haiti for years due to a combination of natural disasters and political crises, officials explained.

The Haitian Bridge Alliance, an advocacy organization, says the Biden administration should not be deporting Haitians “without offering them legal protection and the opportunity to apply for asylum.”

Spokespersons for ICE and Homeland Security did not immediately respond to NBC’s requests for comment on the issue.

We’ll keep you posted on any updates in this crisis.

The post Biden Administration To Step Up Deportation Of Haitian Immigrants At The Southern U.S. Border  appeared first on The Shade Room.

21 Celebrity Marriages Of 20+ Years And 15 Under One Year