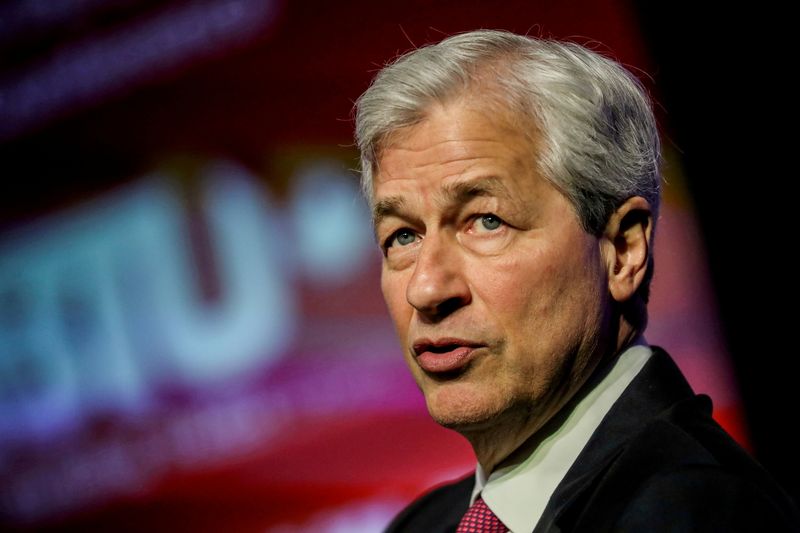 (Reuters) – Some big U.S. banks are buying more U.S. government securities as yields start to rise and the Federal Reserve appears ready to taper its bond-buying program – a balance sheet shift that analysts say could boost bank earnings by several percentage points depending on how they play their hands.

Bank of America Corp (NYSE:) and Citigroup Inc (NYSE:) on Thursday said they had picked up extra net interest revenue during the quarter by buying securities with higher yields.

“We’ve got a strong liquidity position and we’ve been putting some of that to work,” Mason told reporters.

Bank deposits have piled higher than ever, fueled by money from Federal Reserve purchases of bonds, government stimulus payments and savings from consumers. Meanwhile, bank net interest revenue from securities and loans, a key source of income, has plummeted as the Fed kept rates low and borrowers paid off loans.

How the country’s largest lenders manage that mix of cash and securities on their balance sheets will help separate winners from losers in coming quarters, as uncertainty grows over the inflation and interest rate outlook, analysts have said.

The typical big bank could get a 7% boost to its profits before loss provisions and taxes by investing its excess cash at 1.5%, analyst Jason Goldberg of Barclays (LON:) estimated.

Goldberg said it was too early to say if an uptick by some banks in securities purchases signaled a new industry trend.

Predicting yields and managing interest rate risk is among the biggest challenges for bankers. If they buy securities to earn more interest now, they risk missing out on even higher yields, left with securities that have lost value.

The yield on 10-year Treasuries has been on a roller coaster this year with changing views of Fed policy and inflation. After climbing to 1.75% from 0.9% in the first three months of the year, it fell back 1.15%. JPMorgan’s Dimon predicted in July that it would go to 3%. The yield was at 1.51% late on Thursday.

The changing outlook for higher yields and more lending has driven bank stocks this year. The KBW Bank Index is up 39% year-to-date, twice the gain of the .

Wells Fargo (NYSE:) & Co added securities in the first half of this year, but has stepped back recently to be ready for higher rates, Chief Financial Officer Michael Santomassimo told reporters on Thursday.

Bank of America has been especially aggressive in investing its cash in securities, nearly doubling the portfolio over the past year. Debt securities rose to 36% of earning assets in the quarter from 22%.

In contrast, JPMorgan has kept its securities steady around 18% of assets as it has stockpiled cash.

During the third quarter JPMorgan kept $757 billion of cash compared with $565 billion of securities.

Dimon, when asked by analysts how much cash JPMorgan could put into securities, said: “We can easily do $200 billion.”

A risk banks should be worried about, he said, is high inflation and high rates. “Being very liquid protects us.”

Still, Barnum added that as rates come closer to JPMorgan’s view the bank may find “some opportunities for a little bit more deployment of cash.”