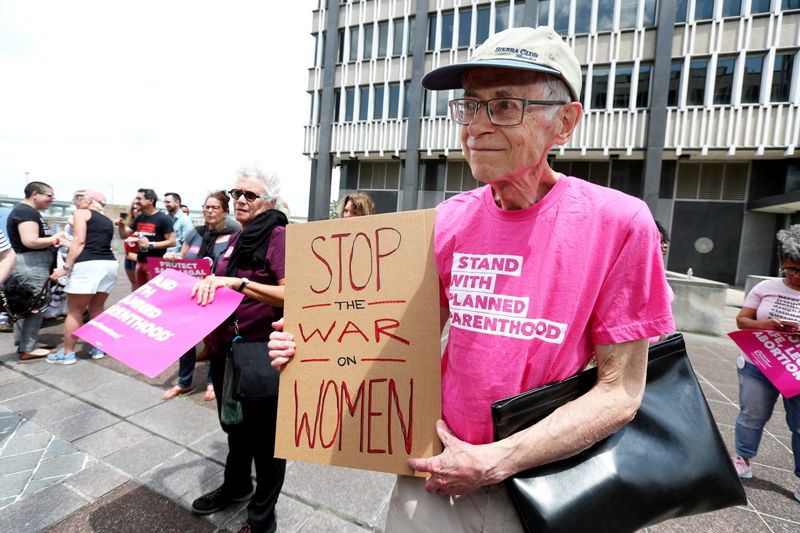 
(Reuters) – A federal appeals court on Friday blocked Tennessee’s strict abortion law, more than a year after a district court first issued a preliminary injunction that prevented it from taking effect.

In July last year, Tennessee Governor Bill Lee signed one of the tightest abortion restrictions in the country, including banning the procedure once a fetal heartbeat is detected at around six weeks, which is often before a woman realizes she is pregnant.

The 6th U.S. Circuit Court of Appeals https://www.opn.ca6.uscourts.gov/opinions.pdf/21a0215p-06.pdf on Friday agreed with the district court’s ruling that prohibited enforcement of the law’s provisions, saying they are “constitutionally unsound.”

“Although this circuit’s recent—and alarming—decisions have broadened the extent to which the government may impede a person’s constitutional right to choose whether to carry a pregnancy to term, the law remains clear that if a regulation is a substantial obstacle to a woman seeking an abortion, it is invalid,” the court said in the ruling.

In addition to banning abortions as soon as a fetal heartbeat is detected, the law also criminalizes the performance of an abortion if the physician knows the patient is seeking termination because of the fetus’ race, sex or Down syndrome diagnosis.

Abortion is one of the most polarizing issues in U.S. society. Opponents cite religious beliefs about the sanctity of life, while abortion rights activists say that restrictions rob women of control over their bodies and futures.

The events in Tennessee mark the latest development over reproductive rights in the United States, a battle that is playing out in the nation’s legislatures and courts.

The U.S. Supreme Court last week https://www.reuters.com/business/healthcare-pharmaceuticals/texas-six-week-abortion-ban-takes-effect-2021-09-01 let stand the Texas law banning abortion after about six weeks of pregnancy. Although that decision did not address the constitutionality of the Texas legislation, it represented a major victory for social conservatives who have been trying to ban abortion since the court’s 1973 Roe v. Wade decision established the constitutional right to the procedure.

Zynga or Electronic Arts? By StockNews