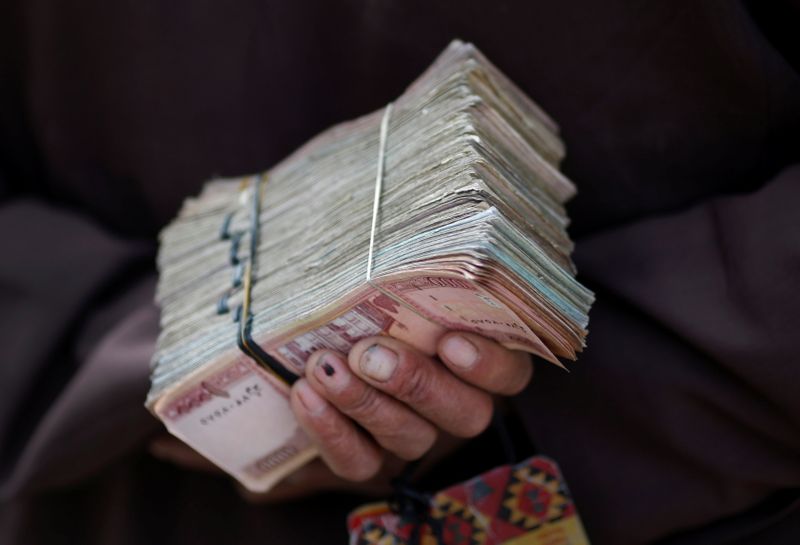 Since 2006, the Financial Transactions and Reports Analysis Center of Afghanistan (FinTRACA) has gathered intelligence on thousands of suspicious transactions and helped convict smugglers and terrorist financiers, according to its website.

UN officials have said the Taliban, who seized Kabul on Aug. 15, made hundreds of millions of dollars from the drugs trade and other illicit sources when they were fighting government troops. The group has vowed there would be no drug cultivation in Afghanistan from now.

Information on FinTRACA’s website indicated the Taliban were among those in its sights, while the staff Reuters spoke to said the group had been a target since its launch.

They declined to be named because of fear of reprisals owing to the sensitive nature of their work.

With the Islamist militant movement back in power, the absence of a functioning financial intelligence unit (FIU) could curtail Afghanistan’s links to the international financial system and to lenders abroad, some experts warned.

Such units, which scrutinise money flows for potential suspicious activity, are critical for any nation that seeks to participate in the global financial community, said Stuart Jones, Jr., founder and chief executive of risk intelligence firm Sigma Ratings.

Reconnecting with the financial system could be complicated by existing sanctions against the Taliban and the fact that a senior government minister heads a U.S.-designated terrorist organisation.

“Now, with untested leadership at the central bank, an inoperable financial intelligence unit and current asset freezes on the ruling government by the United Nations and terror designations of key figures by the United States, I would expect foreign financial institutions to tread extremely carefully.”

The central bank did not respond to several attempts to reach it via email and telephone.

The Taliban want access to reserves https://www.reuters.com/world/us/us-has-no-plans-release-billions-afghan-assets-treasury-says-2021-09-03 being held abroad as well as aid and other financing, as the economy reels from decades of war, drought, food shortages and the exodus of thousands of professionals.

The Taliban have said they want professionals to return to work to help revive the economy and vowed there would be no vendetta against old opponents. But many members of the ousted administration have fled the country or remain in hiding.

One, who is still in Afghanistan, complained that international partners failed to get staff and their dependents out during the mass evacuation from Kabul that ended last month.

A Taliban spokesperson did not immediately respond to a request for comment on the status of FinTRACA staff or whether the unit would operate in future.

The U.S. Treasury, which provided technical assistance to the unit with other national and international bodies, declined to comment on FinTRACA staff still in Afghanistan.

Some FinTRACA staff returned to the office last week after a request by acting central bank governor, Haji Mohammad Idris – a Taliban loyalist – for all central bank staff to be present in the bank, said one of the employees.

The employee added that the unit’s senior management were not present and it was still not operating.

Some parts of the central bank are operational. Idris has been meeting with commercial banks and the central bank has supplied limited liquidity to banks while issuing directives to control scarce U.S. dollar supplies https://www.reuters.com/world/asia-pacific/afghanistan-remittance-payouts-limited-local-currency-sources-2021-09-11, say bankers.

FinTRACA provided intelligence to the international community through agreements with similar units from countries including Britain and the United States.

It also did so via Egmont Group, which exchanges information on illicit flows between more than 160 intelligence units and partners different bodies in the fight against money laundering and terror financing.

The group said it stood “in solidarity with our colleagues at FinTRACA and hopes that they and their families are safe.”

Egmont Group did not respond to requests for an update on FinTRACA’s status. One FinTRACA staff member said it was still disconnected on Tuesday.

“Disconnecting is a loss for the global FIU community as the aim is always to foster greater cooperation, but the underlying principle under which this cooperation takes place is trust and that is not in place at the moment in Afghanistan,” said Mariano Federici, managing director of K2 Integrity and former chair of Egmont Group.

One of the unit’s roles included creating a “Watch-List” of individuals deemed high-risk to the financial system.

As recently as August, the unit logged 25 suspicious transactions reports in its database, taking the total for the year to date to 645, data on its website show.

With FinTRACA mothballed, local banks expect Afghanistan’s status to be lowered by the Financial Action Task Force (FATF), an illicit flows watchdog, in a move that could further diminish its connectivity to the global financial community.

“The FATF is closely monitoring the developing situation in Afghanistan,” the group said in a statement.

The Asia/Pacific Group on Money Laundering, of which Afghanistan is a member, did not respond to a request for comment.