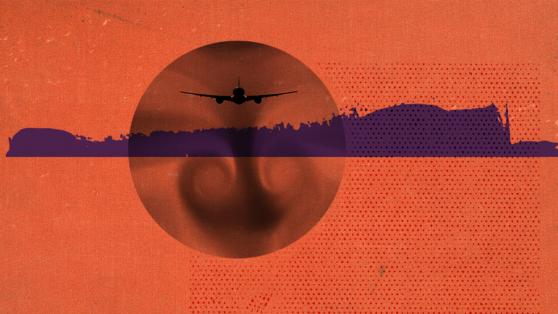 ETH vs. BTC: Who Will Win Out in a Turbulent Market?

It’s impossible to talk about cryptocurrencies without mentioning Bitcoin and Ethereum due to their gigantic market share. This has spawned a sort of rivalry amongst investors with some backing Bitcoin over the newer Ethereum.

Ethereum has also received significant support from investors despite not having the first-mover advantage. Nevertheless, its supporters are effusive in their praises citing its wide functionalities and innovative nature.

In May, a series of events triggered a cryptocurrency earthquake that led to a massive slump in prices. Bitcoin and Ethereum were fresh from their recent all-time highs and never saw the staggering loss of value coming. The cryptocurrency market crash saw both cryptocurrencies tumble in value with Bitcoin reaching lows of $29K from highs of over $60k.

The crash has spawned a frenzied debate over which of the cryptocurrencies will hold up against the market quake with each side of the divide advancing strong arguments why they believe their favourite asset will come out unscathed.

2021 rolled by and came with a myriad of good tidings for cryptocurrencies after a lacklustre showing in 2020.

Bitcoin started the New Year with a bang with prices around $29,000. It then went on an impressive rally that saw it hit $40,000 for the first time on January 14th.

The close of stock markets for the New Year and the payment of stimulus funds to American households led to retail investors investing more funds in cryptocurrencies.

In February, institutional investors and Wall Street made their forays into cryptocurrencies with Tesla (NASDAQ:) purchasing $1.5 billion worth of Bitcoin.

Square and MicroStrategy made similar moves in adding substantial amounts of Bitcoins to their assets. This rising institutional interest for Bitcoin and retail investors’ increased appetite led to Bitcoin surpassing $60K and setting a new all-time high of $64,863 in April.

Just like Bitcoin, Ethereum began the year on a high note with prices around $730 and made the steady climb to eventually reach an all-time high of $4,362 in May.

Things fell apart after Elon Musk stopped Tesla from accepting Bitcoin as payment for its cars because of climate change concerns. The result of this declaration was catastrophic for the market as Bitcoin tumbled, dragging other altcoins with it. Aside from Elon Musk’s comment, crypto prices fell after renewed cryptocurrency crackdown from Chinese regulatory authorities.

Chinese banks and financial institutions were banned from facilitating cryptocurrency transactions, while mining farms were shut down in some regions of the country. Other factors for the decline include security breaches like the Colonial Pipeline attack.

How Well Can Bitcoin Hold Up Against the Market Quake?

Bitcoin believers are resolute that the asset can weather the storms of the bearish market better than Ethereum. Several reasons have fostered this belief amongst Bitcoin aficionados including its sheer size. Bitcoin holds around 45% of the market share which gives them a distinct advantage in absorbing the shock from the crash.

Another indicator of Bitcoin holding well is its purchase by firms. These institutional investors see the dip as a temporary blip and are stocking up heavily on BTC.

MicroStrategy purchased an additional 13,005 BTC for $489 million bringing their BTC holdings to over 105,000 BTC. As a show of confidence in the asset, Square has unveiled plans to make a hard wallet for Bitcoin.

Analysts are quick to point out that the Taproot Upgrade is a decisive indicator for surviving the market’s quake. The Upgrade is the first major upgrade to the Bitcoin network in over four years and offers improved functionalities for users.

The privacy of users will be made a priority through the use of Schnorr signatures and will open up the frontiers of smart contracts for Bitcoin. The Taproot Upgrade will be implemented sometime in November and has the potential to send Bitcoin’s price above $100,000.

The Bitcoin Lightning network broke records after it reached 1,500 BTC. El Salvador’s decision to pass legislation giving Bitcoin the status of a legal tender may add to the optimism amongst Bitcoin supporters.

How Well Can Ethereum Hold Up Against the Market Quake

Ethereum occupies the second spot in the long list of cryptocurrencies despite the crashing prices. Despite shedding significant portions of its market capitalization, investors are wildly optimistic for a major price rally for ETH that will see it hold up well after the market quake.

Mark Cuban, a serial investor, is backing ETH over Bitcoin because of its speed. Ethereum can process around 30 transactions per second while Bitcoin can only process a maximum of 7 per second. According to Mark Cuban, in the digital age, speed is all that matters. Ethereum has the speed and will certainly perform better than Bitcoin.

Another investor, Jim Bianco, President of Bianco Research, is picking Ethereum over Bitcoin after he revealed in an interview with CNBC that he does not hold any BTC. The reason for the absence of Bitcoin in his portfolio is because he thinks that “coins like Ethereum are going to be a lot higher in the future.” The Bianco Research boss warned investors that the path to the top may be dotted with obstacles like the present market crash.

Phil Bonello, director of research at Grayscale Investments has cited the flexibility and ingenuity of Ethereum as a reason for the support it enjoys among investors. The Ethereum platform is intricately linked to the rise of DApps, DeFi, and NFTs. By backing Ethereum, investors are “making a bet on the continued development of the decentralized ecosystem built on Ethereum.” DeFi has reached a market capitalization of $72.8 billion while the NFT market cap stands at $18.8 billion, standing as a testament to the immense potential of Ethereum.

With Ethereum 2.0 around the corner, huge upgrades will be coming to the Ethereum network including the reduction of its high fees.

The planned upgrade will also see a transition from Proof-of-Work to Proof-of-Stake that is energy efficient and more sustainable in the long run. As the world pays more attention to the energy consumption of cryptocurrencies, institutional investors are backing projects that are energy efficient.

When Ethereum makes the switch to Proof-of-Stake, there is bound to be a surge in value, and Bitcoin’s position on the Proof-of-Work consensus mechanism casts a shadow of doubt on its future after the market crash.

Ethereum critics believe that the rise of other networks could stifle the growth of Ethereum. Ethereum Killers like , Polkadot, and Solana have made significant strides during the market blip with their innovative approaches.

Their growth will inevitably reduce the market share occupied by Ethereum. However, it is worth noting that Ethereum has the first-mover advantage in DeFi and it will take a herculean effort to steal some of its shine.

As the bears dig their heels in the ground, cryptocurrency prices are taking the heat. Bitcoin and Ethereum, the two biggest cryptos have suffered significant losses in the face of a crypto market crash.

Both cryptocurrencies have what it takes to survive the crash and come out unscathed with a large number of investors backing ETH over BTC. While they have their strong points, there are still some chinks in the armour of these cryptocurrencies that investors should be wary of.

If things go the other way, ETH and BTC may not remain the same after the crash but without a doubt, they have the capabilities to weather the raging storms. A safe alternative to investors will be to diversify their investments during these uncertain times.