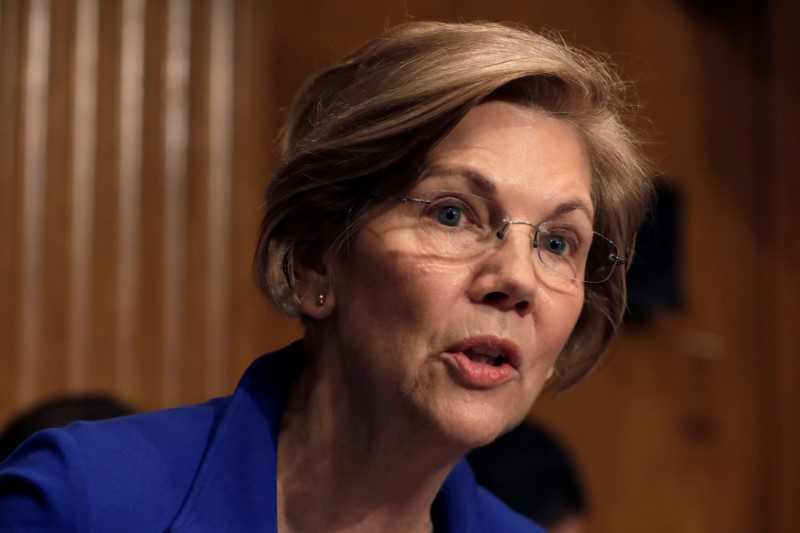 
(Bloomberg) — Senator Elizabeth Warren kept up her criticism of Federal Reserve Chairman Jerome Powell on Thursday, expressing concern about his views on bank regulation when asked if President Joe Biden should reappoint the central bank chief.

“The chairman of the Federal Reserve has two obligations. One, to lead us in monetary policy, and the second, in regulating the largest financial institutions,” Warren told reporters on Capitol Hill. “I have asked the chairman repeatedly from the time he was nominated about his views on regulation. I am concerned when I see the rules weakened rather than strengthened.”

The remarks follow a hearing last week when Warren, a vocal proponent of tougher banking rules, laid out a laundry list of grievances as Powell appeared before the Senate Banking Committee.

The committee’s chairman, Sherrod Brown, said Thursday he’s undecided whether he would support a second term for Powell as Fed chair. Like Warren, Brown said he was dissatisfied with Powell’s approach to regulation.

Powell, whose term as chairman runs through February, enjoys broad support for his renomination among top White House advisers, though the decision is expected later this year and hasn’t yet been put in front of Biden, according to people familiar with the matter, Bloomberg reported Wednesday.

Even though many Democratic lawmakers have publicly complimented Powell’s leadership of the central bank, if prominent Democratic senators are opposed, or even lukewarm, it could spell trouble for his renomination for a second four-year term.