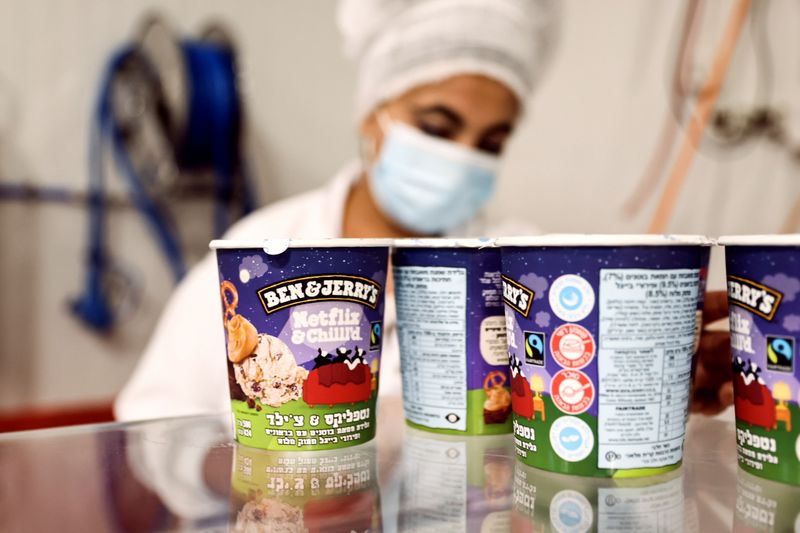 
(Reuters) – Unilever (NYSE:)’s Chief Executive on Thursday said the company was “fully committed” to Israel, days after coming under pressure in the country over a decision by its subsidiary Ben & Jerry’s to end ice cream sales in the occupied Palestinian territories.

“I think if there’s one message I want to underscore …it’s that Unilever remains fully committed to our business in Israel,” CEO Alan Jope told investors during an earnings call.

He added the group had made substantial investments in the country over the past decade and was invested in its startup culture and social programs.

“This was a decision taken by Ben & Jerry’s and its independent board. …..and we always recognize the importance of that agreement.”

Ben & Jerry’s is known for its commitment to social justice and was acquired by Unilever in 2000 in a deal that allows it to operate with more autonomy than other subsidiaries.

The decision has also led to a clash between Unilever and Ben & Jerry’s independent board.

Australia stocks lower at close of trade; S&P/ASX 200 down 0.33% By Investing.com

Japan stocks lower at close of trade; Nikkei 225 down 1.80% By Investing.com