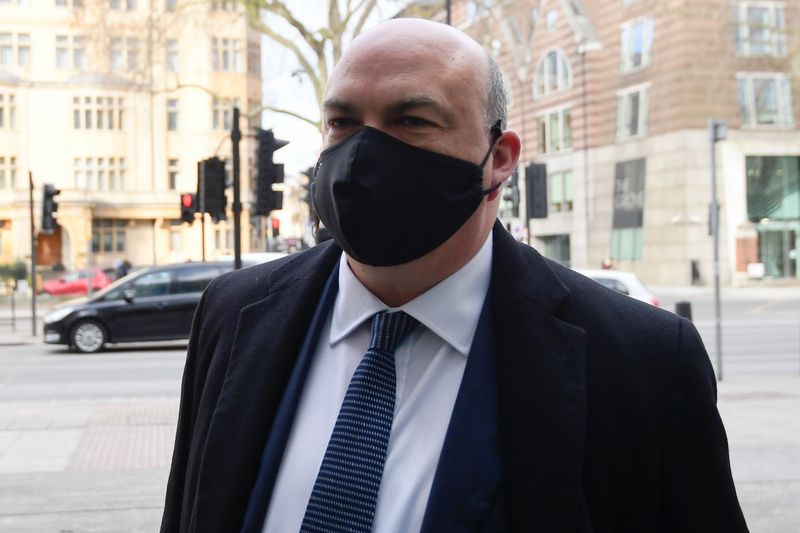 
LONDON (Reuters) -A British court said on Thursday that Mike Lynch, the British tech billionaire who sold his company Autonomy to Hewlett Packard, can be extradited to the United States to face charges including securities fraud related to the $11 billion deal.

Westminster Magistrates Court Appropriate Judge Michael Snow ruled he was satisfied that extradition is compatible with the defendant’s rights, and he would send the case to the Home Secretary (Interior Minister) for a decision on whether he is to be extradited.

HP (NYSE:) has alleged that Lynch fraudulently inflated the value of Autonomy before its sale in 2011. Lynch denied the charges.

“Dr Lynch is disappointed that the court has ruled against him without waiting for the High Court’s judgment in the civil case that examined all these issues. Dr Lynch denies the charges against him,” lawyer Chris Morvillo of Clifford Chance said.

“At the request of the U.S. Department of Justice, the court has ruled that a British citizen who ran a British company listed on the London Stock Exchange should be extradited to America over allegations about his conduct in the UK.

“We say this case belongs in the UK. If the Home Secretary nonetheless decides to order extradition, Dr Lynch intends to appeal.”

The U.S. company has already sued the 56-year-old and Autonomy’s former finance chief, Sushovan Hussain, in London for $5 billion, arguing that they fraudulently inflated the company’s value before the sale.

Judgment on that case is awaited.

The separate hearing on whether Lynch should face criminal charges in the United States was a test of an extradition treaty that critics say is lopsided.

Battle lines were drawn over whether the English or the U.S. legal system should take precedence.

The United States argued that although Autonomy was an English company, it had persuaded an American company to overpay for it.

“(Lynch) may be a UK citizen, he may have long UK links, but once he aimed his dishonest activities at the USA on such a monumental scale, he cannot expect – just as any other English CEO could not expect – to be immune from the American justice system,” its lawyer Mark Summers said in the February hearing.