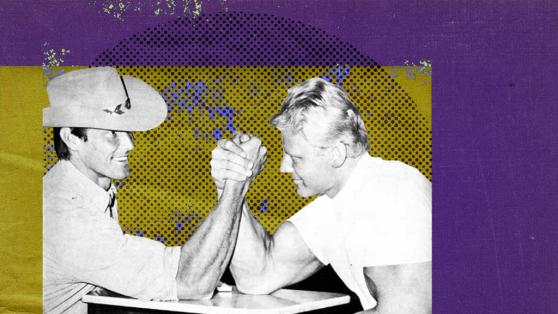 
Bitcoin’s performance and sub-ideal behavior make pinpointing its next steps similar to finding a needle in the haystack. Contingencies of price predictions are highly dependent on the market sentiment. Crypto’s lack of liquidity makes the entire market behave similar to the penny stock market, where every story impedes or ups the market status. As such, traders, investors, and analysts make impartial decisions on Bitcoin’s future.

Bitcoin Is Destined For The Stars

Bitcoin’s underlying technology gives precedent to fallacy judgments as social influence alters the true implication of blockchains. In 2018, Tim Draper claimed Bitcoin would reach $250,000 by 2022. Now, Draper has restated his claim during a Benzinga interview stating,

“Bitcoin will become increasingly popular as more and more applications evolve,”
stressing the $250,000 mark could be reached by early 2023.

Furthermore, Draper emphasized Bitcoin is a modern-day counter to inflation, and despite the current market downtrend, the token is the “representation of freedom and trust.” Draper’s prediction is no coincidence. In 2015, the venture capitalist who invested in technologically shifting apps such as Twitch and Twitter, highlighted Bitcoin would reach $10,000 by the end of 2017. In his view, Bitcoin is the modern-day savior to the fallacies of governments.

Bitcoin Can’t Hold On Much

Bitcoin’s sideways momentum is cause for concern for several financial figures as volume and significant outflows, which average 2,000 BTC daily, represent a bigger picture. Doubleline Capital’s CEO, Jeffrey Gundlach or “The Bond King” emphasized Bitcoin is bound to lose more of its price after signaling the “chart on Bitcoin looks pretty scary.”

Building on his declaration, Gundlach argued that Bitcoin was never a transactional vehicle, alluding towards previous claims that the token is rarely used as a token of exchange. Additionally, he affirmed the token could decrease by 27%, stating people could purchase Bitcoin again at under $23,000.

Furthermore, his stance on Bitcoin is neutral, not shorting or longing Bitcoin. In contrast, he claimed the dollar might be “doomed” in the long term without directly arguing why. However, he does hint towards the Fed and compares the current CPI of 5.4 to that of the 1970s.

Bitcoin in the Midst of Controversy

Crypto bull runs are the golden nugget of the industry. But, as Willy Woo highlighted, retail investors are the ones that act out the bull run, and despite the price slump, retail continues to purchase into crypto. Although the volume is not similar to April or May, there is still some livelihood in the market

Despite outflows averaging 2,000 BTC daily, market inflows continue to surpass total outflow. With that in mind, analysts are starting to consider whether Bitcoin will stagnate around the $30,000 mark. Still, a survey by Finder predicts Bitcoin will overtake the dollar by 2050.

The current price dump from Bitcoin’s all-time-high to its current number is nothing similar to 2013. As Ecoinometrics tweeted, in 2013, the period between two all-time highs was 197 days, compared to the current state of 95 days. In contrast, a panel of crypto experts stated Bitcoin would reach $66,000 again by the end of 2021, while analyst Vetle Lunde forecasted a price of $120,000.