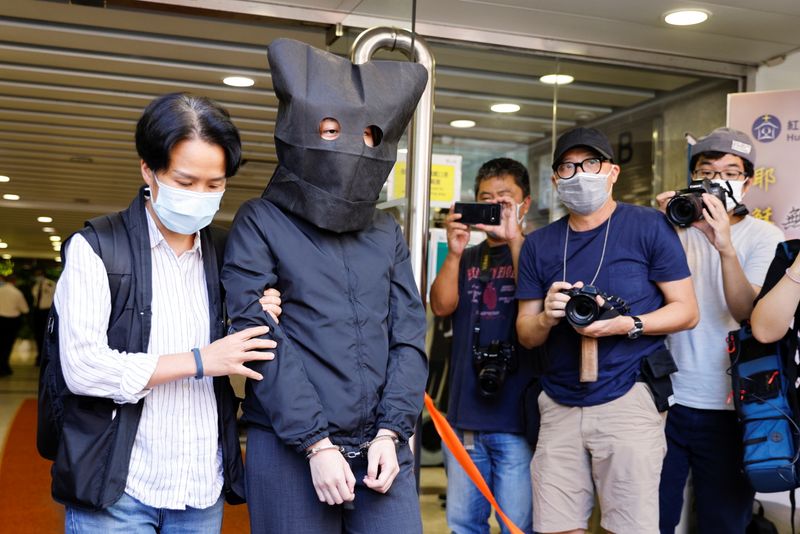 HONG KONG (Reuters) – Hong Kong police arrested five people on Thursday on suspicion of conspiring to publish “seditious material” with the intent of inciting public hatred towards the Chinese-ruled city’s government among children.

Those arrested were members of a speech therapists’ union who produced books for children with wolves and sheep as characters in stories, which may have alluded to events in Hong Kong since pro-democracy protests began in 2019, media reported.

Reuters could not independently confirm the details.

Police said the five were two men and three women aged between 25 and 28. They did not identify them.

“The public must be aware of the facts and must not tolerate or glorify violence, let alone the next generation be incited by false and distorted information and go astray,” police said in a statement.

The five were arrested under a colonial-era law targeting sedition, which had been rarely used before the anti-government protests began in the former British colony.

First convictions under the law can carry a maximum penalty of two years in prison, police said.

The arrests were the latest involving suspected critics of Hong Kong’s government that have raised fears about the shrinking space for dissent since Beijing’s imposition of a sweeping national security law in June last year to put an end to the pro-democracy protests.

Those arrested are from the General Union of Hong Kong Speech Therapists, public broadcaster RTHK reported. The union could not be reached for comment.

Police confirmed that the suspects were members of a trade union but did not give any further details.

Authorities have denied any erosion of rights and freedoms in Hong Kong – which returned to China in 1997 under a “one country, two systems” formula aimed at preserving its freedoms and role as a financial hub – but say China’s national security is a red line.

Security officials have said law enforcement action is based on evidence and has nothing to do with an individual’s political stance, background or profession.