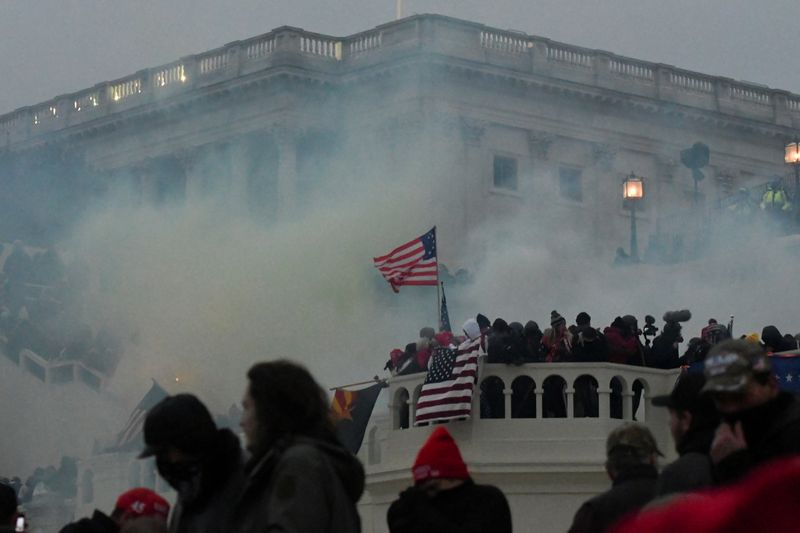 WASHINGTON (Reuters) – A 72-year-old Florida pastor facing federal criminal charges arising from the Jan. 6 attack on the U.S. Capitol by supporters of former President Donald Trump took part in a preliminary hearing on Thursday before a judge.

James Cusick Jr., pastor of the Global Outreach Ministries of Melbourne, Florida, faces four misdemeanor charges related to the riot, including violent entry and disorderly conduct on Capitol grounds. His son Casey Cusick, 35, also a pastor at his father’s church, faces similar charges but did not participate in Thursday’s hearing.

One of the their parishioners, David Lesperance, 69, also faces similar charges. Lesperance did not take part in the hearing.

According to an FBI affidavit, Lesperance told investigators that his pastor had attended Trump’s speech before the riot and then went to the Capitol building.

More than 535 people have been charged with taking part in the riot. Trump has made false claims that he lost the 2020 presidential election because of widespread electoral fraud. The riot interrupted the formal congressional certification of President Joe Biden’s victory over Trump.

An FBI affidavit outlining the case against James Cusick includes photographs purporting to show him inside the Capitol during the riot and of him standing outside Trump’s hotel in Washington the day before. He is the first clergyman known to have been charged in the riot.

Cusick has pleaded not guilty to all charges and is free on bail. John Pierce, a lawyer for Cusick, did not immediately respond to a request for comment.

At Thursday’s hearing, a prosecutor told U.S. District Judge Randolph Moss that consolidating the cases of Cusick, his son and Lesperance was under consideration. A further hearing for James Cusick was set for Sept. 28.